Pat Lang has Chas Freeman’s scathing letter announcing his withdrawal as a candidate for NIC chair, including this brilliant assessment of the state of affairs of the political appointment process:

As those who know me are well aware, I have greatly enjoyed life since retiring from government.  Nothing was further from my mind than a return to public service.  When Admiral Blair asked me to chair the NIC I responded that I understood he was “asking me to give my freedom of speech, my leisure, the greater part of my income, subject myself to the mental colonoscopy of a polygraph, and resume a daily commute to a job with long working hours and a daily ration of political abuse.”  I added that I wondered “whether there wasn’t some sort of downside to this offer.”

Indeed.  I’ve only met Freeman in passing a few times but believe him when he says that he was enjoying his retirement and that he was only willing to endure the indignities, stress, and cut in pay that came from a return to government life out of a true calling for public service.  It’s amazing what people are willing to put up with to take senior positions in government and “make a difference.”  There are, however, limits.

As an aside, while I fully share Andrew Sullivan‘s general sentiments about the issues that caused Freeman to have to withdraw his nomination, I disagree with his assessment that the mainstream press’ “near silence” on the matter had anything to do with the Israeli lobby, their coziness with Obama, and the other factors he mentions.   Rather, it’s because NIC chair, while an incredibly important position, is also incredibly obscure.

As I confessed last night on The Rick Moran Show, despite having a PhD in the field and following such things with some degree of closeness, I was totally unaware of the National Intelligence Council’s existence until perhaps a year ago and only then because we do some work with them at the Atlantic Council.  (I was, of course, aware of the National Intelligence Estimate but just presumed it was cobbled together by CIA or some such.) Indeed, I challenge readers to name the previous NIC chairs without Googling or reading the next paragraph.

How obscure is the position?   Despite the Freeman controversy having been in the news for weeks, the Wikipedia page on the NIC still lists Thomas Fingar as chairman.  [UPDATE:  I’ve done my duty and updated the Wikipedia entry.] He retired last December 1st and was replaced by Pete Lavoy, my old boss at the Naval Postgraduate School.  (Who, incidentally, I’d be just fine with keeping right where he is.  He’s a South Asia expert fluent in Urdu and Hindi; that might come in handy right about now.) 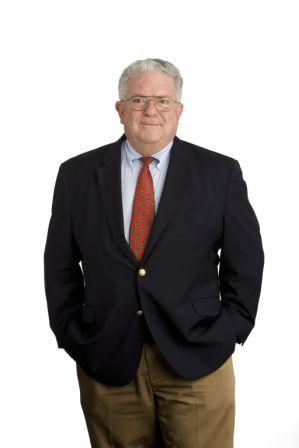