A respected scholar has an interesting suggestion for fighting the Forever War. 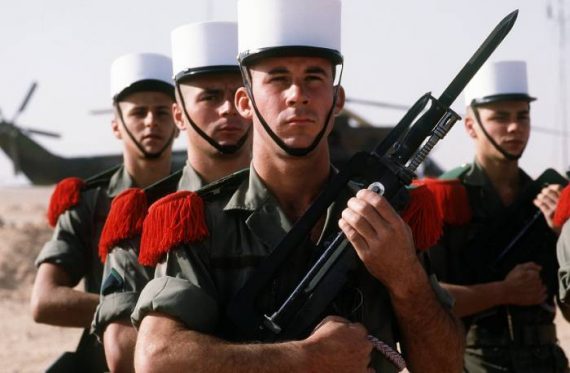 Steven Metz, a scholar at the Army War College’s Strategic Studies Institute, notes that President Obama is quite likely to become the first president to spend his entire two terms in office as a wartime commander-in-chief.

A case can be made that America’s ongoing military involvement in Iraq, Afghanistan, Libya, Yemen, Syria and elsewhere does not constitute “war” in the constitutional and strategic senses of the word. But it is clear that armed strife is the new normal, not an episodic aberration as it was for most of U.S. history. Even so, Americans have not yet fully come to grips with the idea of persistent conflict, instead clinging to the hope that once al-Qaida and the self-styled Islamic State are defeated, peace will return. This will not happen.

It is now time to adjust to what reporter Dexter Filkins called “the forever war.”

Metz points to several implications of this, notably the increased reliance on “direct action” special forces operations and defense contractors.

Using conventional forces for protracted stability, counterinsurgency and counterterrorism operations limited their time preparing for traditional war-fighting. Now there are concerns that this degraded America’s ability to deter aggression and might have been seen as an opportunity for assertiveness by Russia and China. Expanding conventional forces also brought massive financial burdens, particularly in terms of veterans’ benefits. Creating more special operations forces was equally expensive. Even today, with fewer U.S. conventional forces deployed around the world, the expanse and persistence of conflict with transnational extremists places great stress on America’s special operations forces. Contractors remain vitally important in the conflict with extremism, but raise issues of legality and political control, since they cannot be held to the same standards as the uniformed military. And they, too, are expensive, at least in the short term.

The obvious solution, of course, is to stop fighting so many wars of dubious linkage to US national security interests and whose murky objectives never seem to be achieved. Alas, however, there’s been a bipartisan elite consensus going back more than a quarter century now that makes that exceedingly unlikely. If anything, a President Hillary Clinton will be more bellicose than the incumbent. (Arguably, one of the few selling points of a President Donald Trump is that he seems to favor reversing the trend. But his thin-skinned temperament points in the other direction.)

Metz has an interesting alternative:

Composed of foreigners led by French officers, the Foreign Legion was always seen as more expendable—and thus more politically usable—than units manned by French citizens. It proved a redoubtable and effective force and was widely used in all of France’s wars, both conventional and unconventional.

Today the French Foreign Legion continues to attract recruits, many of them admittedly “troubled men looking for adventure and the opportunity to start over in life.” It currently has over 7,000 troops, or about one-and-a-half as many as a U.S. Army brigade combat team. In the past two decades, the legion has deployed to Bosnia, Cambodia, Chad, the Democratic Republic of the Congo, the Republic of Congo, Djibouti, French Guiana, Gabon, Iraq, Ivory Coast, Kosovo, Kuwait, Rwanda, Somalia, Mali, the Central African Republic and Afghanistan. As William Langewiesche wrote in Vanity Fair, “There is no other force in the world today that has known so much war for so long.”

The Foreign Legion is built from men searching for a sense of identity and a purpose in life. It uses them to advance France’s national interest. For the best volunteers, the Foreign Legion provides a gateway to French citizenship.

These are precisely why it might be wise to consider creating an American foreign legion. The world is awash with young men looking for a sense of identity and purpose. Undoubtedly many of them would be interested in the allure of joining an American fighting force. As with the French Foreign Legion, an American one could be very selective and assure discipline by having American officers in command. And an American foreign legion could be a gateway for U.S. citizenship, building on existing programs for foreigners who serve in the U.S. military. The best of the best might even transfer to the regular U.S. military after serving in the American legion, thus gaining the normal benefits provided to a U.S. service member.

I learned a bit about the Foreign Legion as the second reader on a master’s thesis by our French officer last year and the organization has much to commend it. It’s both a highly effective fighting force and an effective reclamation project for men looking to get a fresh start in life.

An American Foreign Legion may well be cheaper than the current alternatives, requiring neither the hefty salaries paid to recruit American mercenaries nor the long-term commitment required to sustain an all-volunteer American military that’s constantly deployed to war. And allowing the US military to specialize in training to fight—and thus deter—major theater wars against near-peer competitors would be an unalloyed good.

Still, I’m more than a little leery of recruiting foreign mercenaries to fight our wars. Arguably, it’s not that far removed morally from our longstanding policy, exemplified most famously in the Truman- and Reagan Doctrines, of training and equipping foreign forces to fight mutual enemies, whether they be communists are Islamists. But at least those putting their lives on the line had a direct stake in the outcome, rather than fighting purely for Uncle Sam’s dollar.

Relatedly, given that the whole point of foreign legions is to make wars less politically risky at home, we’d almost certainly double down on a trend that’s already problematic. Do we really need to fight yet more small wars?  Even while most of the “boots” on the ground would be foreign, their “footprint” would be American. Soldiers from Guatemala or Djibouti wearing the uniform of an American fighting force, led by American officers, and there under the orders of the American president, would rightly be perceived as American in the countries where they’re intervening. The resentment and blowback would, quite rightly, still be directed here.