Reacting to a report buttressing the obvious fact that “very small cars generally can’t protect people in crashes as well as bigger, heavier models,” an angry Michael O’Hare‘s wonders “why is oversizing and up-weighting not the behavior associated with an increase in deaths on the highway? Why is the ‘standard’ car the fat, thirsty, heavy vehicle of the reckless and self-indulgent?”

Proud Cooper Mini owner  Megan McArdle retorts, “As long as Americans insist on having children, and those children are legally required to spend their prepubescent years in some elaborate safety contraption, American cars aren’t going to get much smaller than an Accord.  And those Accords will continue to pose a mortal threat to those of us who drive smaller cars.”

What’s particularly bizarre about this debate, from the perspective of someone older than Megan and younger than O’Hare, is that I recall a time when very small cars were a virtual non-option for American drivers.  The first car my family owned that I can remember was a Rambler station wagon that would be thought of as enormous today but was just a normal car in the late 1960s and early 1970s.  Our next car, a 1973 Plymouth Satellite Sebring Plus, was considered a mid-size car in those days but would be a very large car now.  Finally, in 1979, we bought a Toyota Corolla hatchback.  It was a decidedly small car but I was able to fit with reasonable comfort in the back seat as a taller-than-average 13-year-old; I suspect it was larger than Megan’s Mini.

That’s a longish way of saying that O’Hare’s sense — which seems to be widely shared — that Americans are suddenly driving behemoths rather than sensible cars is flat backwards.   The heyday of the very small car is now.  And even the Hummers and Escalades of today have a footprint smaller than our old Rambler wagon. 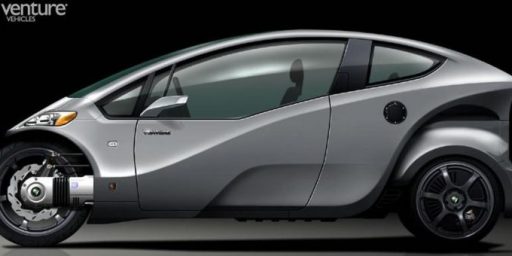