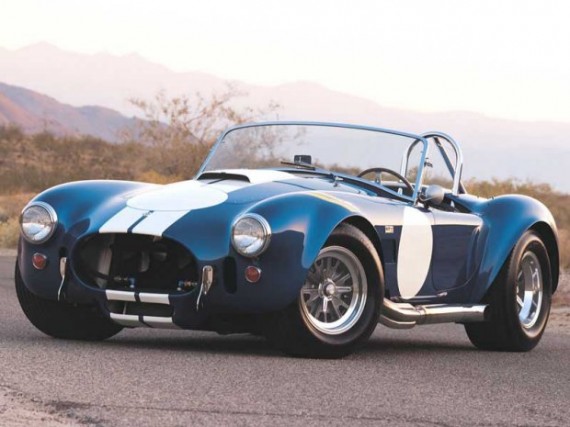 The man who developed more than one of the American auto industry’s most famous high-performance sports cars has passed away at the age of 89:

Carroll Shelby, a Texas chicken farmer turned hot-rodder who went on to build innovative sports cars like the Cobra that challenged Europe’s longtime dominance of road racing as well as high-performance versions of production cars like the Ford Mustang, died on Thursday in Dallas. He was 89.

His death was announced by his company, Carroll Shelby International.

In the 1960s, Shelby raised the profile of American racing machines on the international sports-car circuit by packing powerful Ford V-8 engines into lightweight British roadsters, and by developing racing cars for Ford.

His Shelby Cobras proved worthy competitors to the likes of Ferrari, Maserati and Jaguar and became prized collector’s items. Today they command six- and seven-figure prices.

“Carroll is sort of like the car world’s Mickey Mantle or Willie Mays,” Jay Leno, who owned three Shelby cars, told The New York Times in 2003. “Unlike so many racers, he didn’t come from a rich family, so he signifies that Everyman, common-sense ideal. When I was a kid, American cars were big, clunky things, until Carroll used his ingenuity to make them compete with European cars.”

In 1959, Shelby became the second American-born driver to win the 24 Hours of Le Mans, the brutal endurance race in France, co-driving a British-made Aston Martin.

But a heart ailment forced him to quit driving, and he founded Shelby American in 1962. It became one of the most successful independent sports-car builders of the era.

Shelby began building his Cobras in 1962 using the chassis and body of a two-seater from AC Cars of England.

Early prototypes broke apart because of stress on the fragile frames. “When you try to put 300 horsepower in a car designed for 100, you learn what development means,” Shelby recalled in a 2002 interview with Sports Illustrated. But the Cobra with the high-powered Ford engine proved a formidable racer, celebrated in pop culture when the Rip Chords recorded “Hey Little Cobra” in 1964.

The Cobra captured the United States Road Racing Championship series of the Sports Car Club of America in 1963 and won the Grand Touring world championship in the large-engine category in 1965.

Soon after Lee A. Iacocca of Ford introduced the Mustang in 1964, he asked Shelby to help create a high-performance version for racing. In January 1965, the first Shelby Mustang, the GT350, made its debut. Shelby also developed the Ford GT40, and the Shelby GT500 and GT500KR (the KR stood for King of the Road).

Shelby served as a flight instructor in the Army Air Forces during World War II, then worked in Texas oil fields and became a chicken farmer. One Sunday in 1952, as he told it, a wartime buddy drove up “in a little ol’ English car called an MG” and invited him to take a ride. He soon envisioned a world beyond his farm chores.

He entered his first race in 1952, driving in a quarter-mile drag meet, then won road races in the Southwest. But he was still working on his farm and practicing in striped bib coveralls because he did not have time for a change of clothes. They became his trademark outfit.

His fortunes took a turn in 1954 when he came to the attention of the Aston Martin team. He drove for the team that year at Sebring, Fla., and in Europe. In November 1957, driving a Maserati single-seater, he won a 100-mile race at Riverside, Calif., after spinning out on the first lap and then going to the back of the field. He was one of America’s leading sports-car drivers by then.

The Shelby-American team’s Ford GT40 won the 24 Hours of Le Mans in 1966 and 1967. Those victories ended a winning streak by Ferrari that began in 1960, the year after Shelby teamed with Roy Salvadori of Britain to win in their Aston Martin.

Phil Hill, co-driving a Ferrari, was the only American-born racer to have won at Le Mans before Shelby, capturing the race in 1958. (Luigi Chinetti, who won in 1949, was an American citizen but was born in Italy.)

“Carroll desperately wanted to beat all the Europeans at Le Mans,” C. Van Tune, a onetime Shelby employee who was later editor in chief of Motor Trend magazine, told The Dallas Morning News in 2001. “He wanted to show all those fancy, highbred Euros in their slick racing suits that a chicken farmer from Texas could beat them at their own game.”

Shelby was a distinctive figure on the European racing scene of the late 1950s. “My wife was at Le Mans when he won,” David E. Davis, the founder of Automobile magazine, once told Vanity Fair. “And she said he was just the epitome of America — the overalls, the colorful language, the big mop of curly hair.”

For all of Shelby’s achievements, tougher federal pollution standards and soaring insurance premiums took their toll on muscle cars. Production of the original run of Shelby Mustangs ended in 1970.

Shelby turned to pursuits beyond the sports-car world. He began marketing a chili mix in 1969 and spent time in Africa during the 1970s, hunting big game and organizing expeditions.

After founding a wheel company and an automobile club, he returned to sports-car design in 1982. When Iacocca became chairman of Chrysler, he signed Shelby again, and their pairing resulted in special-edition performance models of the Dodge Charger, among other cars.

Shelby is believed to be the only person to win Le Mans as a driver (with Aston Martin), a manufacturer (class victory with the Cobra Daytona coupe) and team owner (Ford’s GTs).

Not everything this Texan touched turned to trophies, but his solid record of achievement, plus his talents as a promoter, made his name an icon of high-performance worldwide.

In the 1980s, he parlayed all of this into a venture with Chrysler that produced a number of specialty cars and trucks, including the Shelby Can-Am one-design racer, all dedicated to a biggest-bang-for-the-buck philosophy.

Beyond that, Shelby grew his business into a multifaceted “skunkworks,” doing advanced research and development for other clients. From 2005, these included Ford, with whom Shelby patched up an old grievance so that they could partner on a fresh range of super-hot Shelby Mustangs. He also resumed production of old-style Cobras and, less successfully, launched a newer sports model dubbed the Shelby Series 1.

Yet, impressive as his accomplishments were on the automotive scene, that was only one of a bewildering set of arenas through which he moved with equal facility: ranching, real estate development, hotels, food production, aircraft dealing. In every field that caught his interest, he was able to exercise a powerful combination of intelligence, curiosity, vision, timing, guile, cunning and charm, plus what he described as “the work ethic.”

Not the least of Shelby’s secrets was an easy, natural manner, a flashing grin and an almost old-fashioned sense of courtesy, which quickly made firm friendships and networks of important contacts.

At the same time, the sharp pencil he applied aggressively to business dealings led some to dub him “Billie Sol,” after a notorious Texas swindler.

Perhaps the most remarkable, most inspirational fact about Shelby’s life was that he worked so hard despite a serious physical limitation—a hereditary heart defect that led to four hospitalizations in 15 years for surgery, then a 1990 heart transplant.

Six years later, at age 73, he received a kidney from one of his sons, Mike Shelby.