Trump Invokes The Name Of Frederick Douglass, Ignores What Douglass Said About Immigration

During a meeting today at the White House kicking off Black History Month, President Trump invoked the name of Frederick Douglass, the former slave who became a leading abolitionist before the Civil War and an advocate for liberty and equality thereafter. It leads one to wonder if he was aware of what Douglass had to say about immigration:

“I hold that a liberal and brotherly welcome to all who are likely to come to the United States is the only wise policy which this nation can adopt. It has been thoughtfully observed that every nation, owing to its peculiar character and composition, has a definite mission in the world. What that mission is, and what policy is best adapted to assist in its fulfillment, is the business of its people and its statesmen to know, and knowing, to make a noble use of this knowledge. I need not stop here to name or describe the missions of other or more ancient nationalities. Our seems plain and unmistakable.

Our geographical position, our relation to the outside world, our fundamental principles of government, world-embracing in their scope and character, our vast resources, requiring all manner of labor to develop them, and our already existing composite population, all conspire to one grand end, and that is, to make us the perfect national illustration of the unity and dignity of the human family that the world has ever seen. In whatever else other nations may have been great and grand, our greatness and grandeur will be found in the faithful application of the principle of perfect civil equality to the people of all races and of all creeds. We are not only bound to this position by our organic structure and by our revolutionary antecedents, but by the genius of our people.

Gathered here from all quarters of the globe, by a common aspiration for national liberty as against caste, divine right govern and privileged classes, it would be unwise to be found fighting against ourselves and among ourselves, it would be unadvised to attempt to set up any one race above another, or one religion above another, or prescribe any on account of race, color or creed.” – Dec. 7, 1869

Needless to say, Douglass would not have approved of Trump’s stand on immigration issues.

FILED UNDER: Borders and Immigration, Religion, US Politics 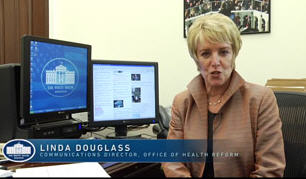