Trump Reportedly Ready To Withdraw U.S. From Paris Climate Accord

Reports indicate that President Trump is preparing to fulfill a campaign promise and withdraw the U.S. from the accord on climate change reached in Paris in 2015. 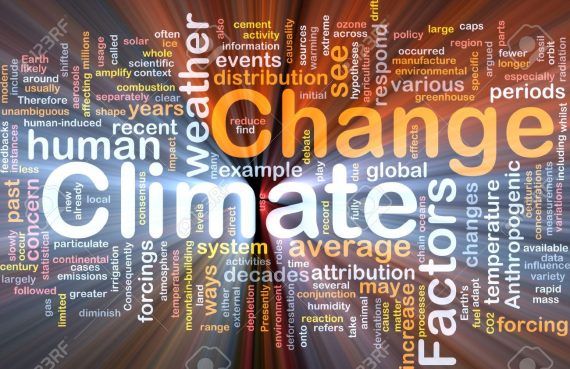 According to reports that first broke this morning, President Trump is close to deciding to pull the United States out of the climate change accord reached in Paris in December 2015:

President Trump is expected to withdraw the United States from the Paris climate agreement, three officials with knowledge of the decision said, making good on a campaign pledge but severely weakening the landmark 2015 climate change accord that committed nearly every nation to take action to curb the warming of the planet.

A senior White House official cautioned that the specific language of the president’s expected announcement was still in flux Wednesday morning. The official said the withdrawal might be accompanied by legal caveats that will shape the impact of Mr. Trump’s decision.

And Mr. Trump has proved himself willing to shift direction up until the moment of a public announcement. He is set to meet Wednesday afternoon with Secretary of State Rex Tillerson, who has advocated that the United States remain a part of the Paris accords and could continue to lobby the president to change his mind.

Even as reports surfaced about his decision, Mr. Trump posted on Twitter that he would make his intentions known soon.

Still, faced with advisers who pressed hard on both sides of the Paris question, Mr. Trump appears to have decided that a continued United States presence in the accord would harm the economy; hinder job creation in regions like Appalachia and the West, where his most ardent supporters live; and undermine his “America First” message.

Advisers pressing him to remain in the accord could still make their case to the boss. In the past, such appeals have worked. In April, Mr. Trump was set to announce a withdrawal from the Nafta free trade agreement, but at the last minute changed his mind after intense discussions with advisers and calls from the leaders of Canada and Mexico. Last week, a senior administration official said Mr. Trump would use a speech in Brussels to make an explicit endorsement of NATO’s Article 5 mutual defense provision, which states that an attack on one NATO member is an attack on all. He didn’t.

The exit of the United States, the world’s largest economy and second-largest greenhouse gas polluter would not dissolve the 195-nation pact, which was legally ratified last year, but it could set off a cascade of events that would have profound effects on the planet. Other countries that reluctantly joined the agreement could now withdraw or soften their commitments to cutting planet-warming pollution.

“The actions of the United States are bound to have a ripple effect in other emerging economies that are just getting serious about climate change, such as India, the Philippines, Malaysia and Indonesia,” said Michael Oppenheimer, a professor of geosciences and international affairs at Princeton, and a member of the Intergovernmental Panel on Climate Change, a United Nations group that produces scientific reports designed to inform global policy makers.

Once the fallout settles, he added, “it is now far more likely that we will breach the danger limit of 3.6 degrees.” That is the average atmospheric temperature increase above which a future of extreme conditions is considered irrevocable.

The aim of the Paris agreement was to lower planet-warming emissions enough to avoid that threshold.

“We will see more extreme heat, damaging storms, coastal flooding and risks to food security,” Professor Oppenheimer said. “And that’s not the kind of world we want to live in.”

“From a foreign policy perspective, it’s a colossal mistake — an abdication of American leadership ” said R. Nicholas Burns, a retired career diplomat and the under secretary of state during the presidency of George W. Bush.

“The success of our foreign policy — in trade, military, any other kind of negotiation — depends on our credibility. I can’t think of anything more destructive to our credibility than this,” he added.

Other countries have vowed to continue to carry out the terms of the Paris agreement, even without the United States.

President Xi Jinping of China, the world’s largest greenhouse gas polluter, has promised that his country would move ahead with steps to curb climate change, regardless of what happens in the United States.

During a telephone call in early May with President Emmanuel Macron of France, according to the Chinese Foreign Ministry, Mr. Xi told the newly elected French leader that China and France “should protect the achievements of global governance, including the Paris agreement.”

But the accord’s architects say the absence of the United States will inevitably weaken its chances of being enforced. For example, the United States has played a central role in pushing provisions that require robust and transparent oversight of how emissions are monitored, verified and reported.

Without the United States, there is likely to be far less pressure on major polluting countries and industries to accurately report their emissions. There have been major questions raised about the accuracy of China’s emissions reporting, in particular.

Since President Obama did not submit that Paris accord to the Senate for ratification, it is not a treaty and thus President Trump can take this step on his own without having to seek Congressional approval. The reality, of course, is that the accord most likely would never have been ratified if the former President had gone that route given the fact that it was controlled by a Republican majority and that ratification would have required at least 21 Republican Senators to vote in favor of the agreement, something that was unlikely to happen. Even under the slightly smaller Republican majority we have today it would take at least 19 Republicans to get to the two-thirds majority that would ratify a new treaty, and that simply isn’t going to happen given current GOP orthodoxy when it comes to the issue of climate change. Because of this, though, it will be relatively easy for the Trump Administration to back out of the agreement, and it’s not entirely surprising that the President is making this move since withdrawal from the Paris accord was a major part of his campaign platform virtually from the beginning. Indeed, outside of business interests the opposition to the accord among Republicans appears to be largely universal. If nothing else, taking this action now would allow the Administration to point to something other than just the nomination of Justice Gorsuch in support of their argument that the early days of the Trump Presidency has lived up to the promise made during the campaign.

Additionally, as I noted at the time the deal with reached, while the accord received near universal acclaim around the world the details of the agreement made clear that it was far more aspirational than concrete in terms of taking any real steps that would have an impact on the pace of either carbon emissions or climate change over the coming decades. For example, many of the provisions of the agreement are expressed in terms of non-binding goals that the signatories to the agreement agreed to reach at various stages in an effort to curb carbon and other emissions thought to contribute to the changing climate that scientists say is at least to some degree due to human action. Missing from the agreement is any real enforcement mechanism that could be imposed against nations that fail to reach the goals of the agreement, or against those who deliberately violate it even while claiming to abide by it. Given that, the Paris agreement was always far less than met the eye and it’s unclear that it will have any measurable impact on emissions or the environment even if it does survive disavowal by the United States, which is by no means guaranteed.

On the international stage, this is likely to be viewed negatively and could have a negative impact on how the United States is perceived around the world, especially in Europe and other parts of the developed world where support for the agreement is high even among more conservative political forces. Additionally,, an American withdrawal could open the door for other nations, including many developing nations that are increasingly becoming the source for greater emissions as they attempt to bring their economies into the modern world, to withdraw from the agreement or at least fail to honor it notwithstanding the fact that they remain signatories to it. If that becomes a widespread phenomenon, then the entire structure of the agreement would fall apart and nations would be free to follow their own path on the issues of carbon emissions and climate change. What impact that could have on the actual mechanisms of climate change, though, is unclear and hard to predict.

Withdrawal From The Paris Accords: Much Ado About Nothing?