If the United Nations has its way, E.T. will be meeting an obscure Malaysian astrophysicists if he arrives. 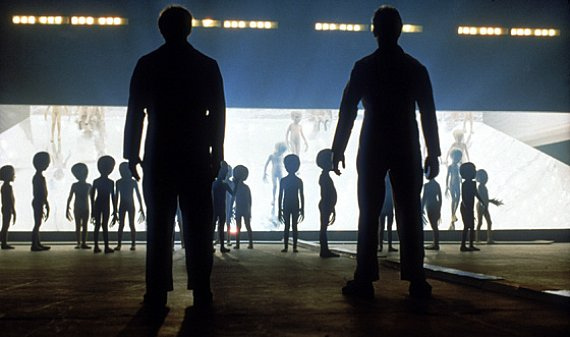 Proving yet again that it is on top of addressing the top problems facing the world, the United Nations is about to deal with the crucial issue of who will respond if an extraterrestrial arrives and asks to be taken to our leaders:

The United Nations was set today to appoint an obscure Malaysian astrophysicist to act as Earths first contact for any aliens that may come visiting.

Mazlan Othman, the head of the UN’s little-known Office for Outer Space Affairs (Unoosa), is to describe her potential new role next week at a scientific conference at the Royal Society’s Kavli conference centre in Buckinghamshire.

She is scheduled to tell delegates that the recent discovery of hundreds of planets around other stars has made the detection of extraterrestrial life more likely than ever before – and that means the UN must be ready to coordinate humanity’s response to any “first contact”.

During a talk Othman gave recently to fellow scientists, she said: “The continued search for extraterrestrial communication, by several entities, sustains the hope that some day humankind will receive signals from extraterrestrials.

“When we do, we should have in place a coordinated response that takes into account all the sensitivities related to the subject. The UN is a ready-made mechanism for such coordination.”

Professor Richard Crowther, an expert in space law and governance at the UK Space Agency and who leads British delegations to the UN on such matters, said: “Othman is absolutely the nearest thing we have to a ‘take me to your leader’ person.”

Except, of course, for that not actually being a leader of anything beyond, perhaps, her faculty volleyball team.

Something tells me that, if the day comes when E.T. arrives they’re not going to want to some obscure astrophysicist, and probably not to the United Nations either for that matter.

In the meantime, though, it is heartening to see that in an era of floods in Pakistan, genocide in Darfur, nuclear proliferation in the Middle East, a war in Afghanistan, and internecine conflict in areas ranging from the Caucuses to the Balkans, the United Nations is once again proving its irrelevance.