Ukraine Heads Down The Authoritarian Road With New Restrictions On Speech

Disturbing developments on the part of the Ukrainian government. 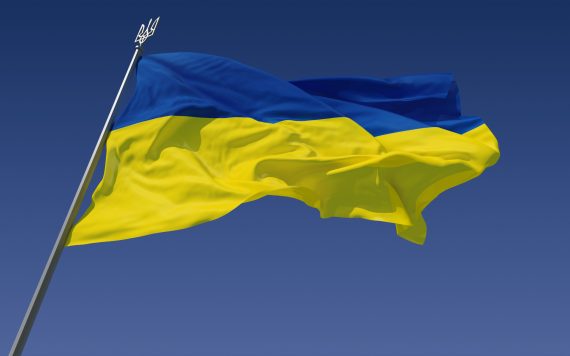 The government of Ukraine seems to be slipping into some of the same authoritarianism that we saw from its pro-Russian predecessor:

Two new laws that ban communist symbols while honouring nationalist groups that collaborated with the Nazis have come into effect in Ukraine, raising concerns that Kiev could be stifling free speech and further fragmenting the war-torn country in the rush to break ties with its Soviet past.

The first law “on the condemnation of the communist and Nazi totalitarian regimes” forbids both Soviet and Nazi symbols, making something as trivial as selling a USSR souvenir, or singing the Soviet national hymn or the Internationale, punishable by up to five years in prison for an individual and up to 10 years in prison for members of an organisation.

It also makes it a criminal offence to deny the “criminal character of the communist totalitarian regime of 1917-1991 in Ukraine” in the media or elsewhere.

The second law recognises controversial nationalist groups – including the Organisation of Ukrainian Nationalists (OUN) and Ukrainian Insurgent Army (UPA) – as “independence fighters” and makes it a criminal offence to question the legitimacy of their actions. While these two groups at different times fought both Soviet and German forces, they also collaborated with the Nazis and took part in ethnic cleansing. One of the authors of the law is the son of UPA leader Roman Shukhevych.

Supporters of the laws say they are a way to build a national identity and condemn totalitarianism, but the legislation has been roundly condemned by academics and human rights organisations, as well as Ukrainian activists. While other eastern European countries have also banned communist symbols, Ukraine’s law is more wide-reaching than previous measures.

The laws could also have a divisive impact on a fragmented country in which many citizens, especially in the southern and eastern regions, are in favour of close ties with Russia rather than Kiev’s pro-western policies and sympathise with the Russia-backed separatists in eastern Ukraine.

Long a hot-button issue, Ukraine’s Soviet past has become especially contentious after the ousting of president Viktor Yanukovych last year and the conflict against Russia-backed separatists in two eastern regions, which has claimed at least 6,100 lives since April 2014. In what has become known as “Leninfall”, activists have torn down more than 100 monuments to Vladimir Lenin around the country, sometimes clashing with pro-Russian protesters.

In an open letter after the laws on independence fighters and communist symbols were passed by parliament, 70 scholars and experts on Ukraine from around the world called on president Petro Poroshenko not to sign them, arguing that their content contradicts the right to freedom of speech.

The letter read: “Not only would it be a crime to question the legitimacy of an organisation [the UPA] that slaughtered tens of thousands of Poles in one of the most heinous acts of ethnic cleansing in the history of Ukraine, but also it would exempt from criticism the OUN, one of the most extreme political groups in western Ukraine between the wars, and one which collaborated with Nazi Germany at the outset of the Soviet invasion in 1941. It also took part in anti-Jewish pogroms in Ukraine.”

It warned that the “wholesale condemnation of the entire Soviet period as one of occupation of Ukraine will have unjust and incongruous consequences,” noting that even someone who speaks positively of the perestroika market reforms under Soviet leader Mikhail Gorbachev, for instance, could be condemned.
Dunja Mijatović, the representative for the Organisation for Security and Cooperation in Europe on freedom of the media, said the “broadly and vaguely defined language” in the anti-communist law “could easily lead to suppression of political, provocative and critical speech, especially in the media”. The US Holocaust Memorial Museum also condemned the independence-fighter legislation.

It is, of course, somewhat understandable that the Poroshenko government would be cracking down on anything that resembled pro-Russian sentiment given the fact that they are currently dealing with a rebellion in the east. At the same time, though, it strikes me that this is a mistake on Kiev’s part in no small part because of the fact that there is a significant segment of the Ukrainian population that considers itself ethnically Russian. To a large degree, the Russian-backed rebels in the east have gained support among the civilian population by claiming that Kiev is trying to destroy their culture and wipe out their historic ties to Russia, ties that go back to the founding of Russia itself. Suppressing the expression of those ideas, which is essentially what these news regulations will do, seems to me to be destined only to further stir resentment among Ukraine’s ethnic Russians, which arguably is exactly what the rebels and Russia wants to see. As it is, Poroshenko’s government has had significant difficult in defeating the rebels notwithstanding several key victories over the course of the past year. While much of that is no doubt due to the assistance that the rebels are receiving from Russia, support on the ground in eastern Ukraine is also arguably quite important to their cause. A measure like this seems destined to strengthen that position.

Equally troubling, of course, is the fact that the government seems to be quite obviously cozying up to extreme Ukrainian nationalists, many of whom have had a history of anti-semitiism. From the start of the crisis in Kiev, Russia and pro-Russian groups in the east have claimed that the rebellion that eventually led to President Poroshenko being elected was being led by fascist Ukrainian nationalists. This was, of course, largely false in that, while these groups were part of many of the protests and did put up candidates for election, they were by no means a major player and they failed to achieve any real political success. Now, for some reason, the government is cozying up to these groups, a move that clearly plays right into the hands of the pro-Russian forces in the east.

Finally, of course, moves like this put the lie to the idea that the current Ukranian government is truly free in any sense of the word. If that were the case, then laws that ban speech like this would not be passed to begin with. To a large degree then, it seems as though whatever promise their may have been in the revolution in Ukraine last year is being wasted, and that’s unfortunate for the people of Ukraine.