Unless You’re In The Military, The President Is Not Your Commander In Chief

Many people seem to have a rather inappropriate view of their relationship to the President of the United States. 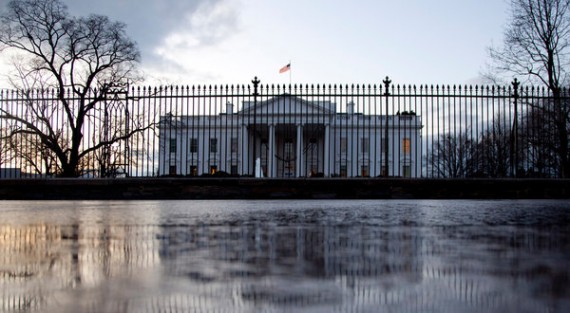 Rick Santorum made a comment on the campaign trail in Iowa today that caught my eye:

Santorum hacked away at Romney on Monday, discounting the former business executive’s emphasis on his private-sector experience. “We are not looking for executive experience. We are looking for a commander in chief,” Santorum told a campaign event.

In addition to bringing up the question of how one could be a commander in chief without having executive experience, it reminded me of something that Eric Cantor said in his 60 Minutes interview yesterday:

Stahl: As an American, are you proud of the president?

Cantor: You know, he is my commander in chief. I respect the man. I like the president. You know, the disagreements that we have are policy-based. You know, he’s got a lot on his plate. I respect that. And I want to continue to try and work with him.

This idea of the President as “Commander in Chief of America” is at the center of what has been called the Imperial Presidency. As Gene Healy noted in his excellent book The Cult of the Presidency, the Presidency we know today bears almost no resemblance to the institution the Founding Fathers created when they drafted Article II of the Constitution.  For roughly the first 100 years of the Republic, Presidents kept to the limited role that the Constitution gave them. There were exceptions, of course. Most notably revolving around military crises, wars, or similar circumstances. Abraham Lincoln greatly expanded the powers of his office during the Civil War but so did  Presidents such as James Polk  and Andrew Jackson. Even that great beacon of limited government Thomas Jefferson used the opportunity of the Louisiana Purchase to exceed the powers of his office. For the most part, though, America’s 19th Century Presidents held to the limited role that is set forth in Article II, which is probably why they aren’t remembered very well by history.

At some point, though, roughly starting in the early 20th Century with the Presidency of Theodore Roosevelt, the idea of the President as something beyond what the Constitution said he was took hold. Presidents from Theodore Roosevelt to Woodrow Wilson to FDR went far beyond anything resembling Constitutional boundaries to achieve their goals, and they were aided and abetted in that effort by a compliant Supreme Court and a Congress that lacked the courage to stand up for it’s own Constitutional prerogatives. Then, when World War Two ended and the Cold War began, the powers of the Presidency began to grow exponentially.

Throughout this period, the one common theme regardless of who sat in the Oval Office was the manner in which the Presidency itself became more and more entangled with a military air. Where previous Presidents were open and available to the public, the President today goes from the White House to Marine One to Air Force One, all the while encased in the tightest security bubble of any person in the world. He drives around town in a limousine that resembles a tank more than an actual automobile. And he’s been given almost unquestioned authority of the deployment of American military forces. Then there’s the question of whether it’s really appropriate for a President to return the salute of a military officer. Since he is a civilian, there’s a fairly good argument that it not only isn’t necessary for the President to return a salute, but that it’s inappropriate. In fact, before President Reagan, I don’t have a recollection of any other President having done so on a regular basis, although it may have occurred. In any case, along with the Imperial Presidency, is seems that we’ve also developed a Militaristic Presidency. The fact that such a view of a President’s proper role makes it easier for them to commit American forces to dubious missions raises the question of whether we’ve gone way too far in cloaking the Presidency with an air of authority hat is wholly inappropriate.

There’s another danger in the idea that the President is “our Commander in Chief.” If the man, or woman, in the White House is just “the President,” then disagreeing with and criticizing them isn’t much different than disagreeing with any other politician. Accept the idea that they are your “Commander in Chief,” though, and all of a sudden the subtle idea that they are their to give all of us orders that must be obeyed gets introduced into the mix. Now, we’re obviously still living in an era where dissent, and even ridicule, are not only accepted but expected parts of political discourse. However, do we really want to start introducing into our political culture the idea that the relationship between citizen and President is in anyway similar than, say, the relationship between a Pfc. and their commanding officer?

So, let’s stop this nonsense that the President is our Commander in Chief, because unless you happen to be uniform at the moment he isn’t.