The Feds fired Monster and now USAJobs is a disaster

In a posting titled “Obama’s IT Department Is Blowing It,” the Atlantic Wire points to a really bizarre move that has truly backfired:

You would think this petty IT problem wouldn’t come a mile from the president’s desk. But of course, you’d be wrong. 18 months ago, Obama’s Office of Personnel Management decided to stop outsourcing its business to Monster.com, which previously powered USAJobs.gov. It then spent $6 million creating a new government-run version of the site. Its current mishaps have prompted a lengthy story in today’sWashington Post and a scathing editorial in yesterday’s Wall Street Journal. In a snarky end note,The Journal writes “Monster.com has graciously offered to host free job postings for federal agencies for 30 days, as the government reboots its ‘improved’ website. Better yet, the Obama team could turn over fixing USAJobs to the folks at Occupy Wall Street.” Har, har har. Even the Facebook page commenters seem to be familiar with the intricacies of the story. “You should have let MONSTER.COM continue to operate that site,” writes Kim Lindner.

Having worked some with the old USAJOBs site, I must say I’m dumbfounded by this. The process was somewhat arcane, because the Federal Government has created the most insipid, labyrinthine method of filling vacancies imaginable, but the IT side of things worked brilliantly.

It’s inconceivable that government programmers were going to come up with something better than outsourcing the work to an outside agency that relies on its ability to do this sort of thing to keep food on the table. And that they cut Monster loose without a suitable replacement in hand is just mindnumbingly stupid.

If nothing else, the slogan “Working for America” has been rendered ironic.

The headaches over USAJobs follow another seemingly prosaic issue: the payment of student loans to the federal government. On Oct. 10, the Department of Education’s new site MyEdAccount.com wasn’t prepared for an influx of payments from students and began flashing the message, “An error has occurred and has been logged, please try again later,” The Consumerist reported. The problem persisted for over a week resulting in “hundreds of calls … causing the phones to not connect.” Making matters worse, on Tuesday, the Associated Press reported that as many as 5,000 college students had their personal financial information exposed, including Social Security numbers.

Again, not something you would think brings in politics if it weren’t for the fact that Democrats moved to have the federal government take over the student loan industry earlier this year—something Republican Congresswoman Virginia Foxx called a “political tactic,” which she is happy to weigh in on as chairwoman of the House Subcommittee on Higher Education and Workforce Training. “Any time the federal government assumes control over a private sector industry, there can be national implications,” Foxx said this week.

Now, the private sector is hardly immune from making these sort of mistakes. Major banks and credit card issuers have had their privacy issues, too. And then there’s RIM, the company behind BlackBerry, which constantly leaves customers without communications for days at a time. Still, it’s just asking for trouble to take this sort of thing in-house. 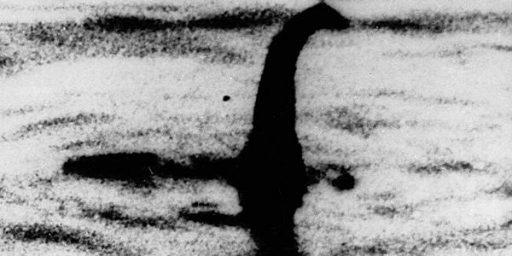