Should the United States Navy name a ship after martyred gay activist Harvey Milk? This is not a rhetorical question. 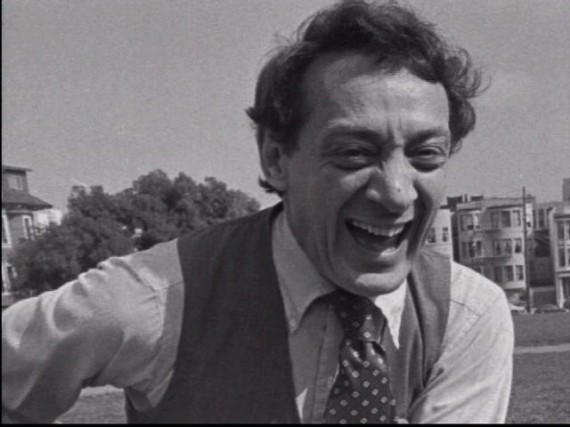 Should the United States Navy name a ship after martyred gay activist Harvey Milk? This is not a rhetorical question.

But now Rep. Bob Filner, D-Calif., wants the Navy to name a ship for one-time Navy diving officer Harvey Milk. He was the gay activist murdered in San Francisco in 1978, along with Mayor George Moscone, by deranged former board of supervisors member – and Vietnam-era Army veteran — Dan White.

Those who might complain about it probably would be too old to serve aboard it. But Mabus needs to take care that the naming of Navy vessels doesn’t turn into a popularity contest. After all, he started it.

Milk was murdered before I much cared about politics and I never got around to watching the Sean Penn biopic that came out a couple years back. So, I really don’t know much about him other than that he’s highly esteemed in the gay community and that his murder actually had nothing to do with his gay activism.

He’s already been given the nation’s highest civilian honor, the Presidential Medal of Freedom, posthumously. One can debate whether this was deserved.

It seems strange, though, to even contemplate naming a naval vessel after him. To be sure, he served honorably as a naval officer in the Korean War. But he’s not a war hero. Nor did he make admiral; he left as a lieutenant, junior grade. Nor was he Secretary of the Navy; his highest political office was San Francisco Board of Supervisors, where he served eleven months.

Still, as Thompson implies, Mabus started us down this track by naming ships after other liberal heroes. Surely, Milk is as deserving as Gabby Giffords. But that’s a rather low bar.