Should Obama waive restrictions on international shipping, as Bush did during Katrina? It's more complicated than you may think. 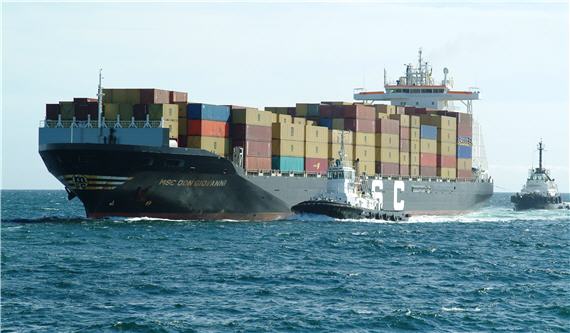 Hit piece to follow, right?   Nope.  Instead, we get a nuanced comparison of the differences between the Obama administration’s decision not to issue a waiver allowing foreign vessels to operate in U.S. ports and its predecessor’s to do just that during Katrina.

Some critics have suggested that Obama is protecting the pocketbooks of his union allies by keeping foreign vessels at bay. But several Jones Act experts told me that makes little sense because unions have minimal influence in the Gulf. Foreign competition, therefore, would do little to hurt their bottom line.

In addition, the Seafarers International Union, while supporters of the Jones Act, maintained good relations with the Bush administration. In 2000, the union donated $3,544 to candidate George W. Bush and nothing to Democrat Al Gore. Bush benefited with a $2,000 donation in 2004, while Sen. John Kerry (D-Mass.) received nothing. The union didn’t donate any money to candidate Obama in 2008.

Jones Act expert Charlie Papavizas said the 2005 Katrina waiver, which lasted from Sept. 1 to Sept. 19, was used primarily to move cargo between ports, but it didn’t result in any new foreign ships in the region. “Twenty days is not enough time to reposition and do anything useful,” he said.

Mark Ruge, who works with the Maritime Cabotage Task Force, was even blunter: “After the fact, if you look at Katrina and ask, ‘What was the advantage to the United States of America by blanket waiving the Jones Act?’ The answer is nothing came of that — nothing that couldn’t have been accomplished with the usual process. It was just one more thing you could say you did.”

Okay, so why not just go ahead and issue the waiver, anyway? This thing is lasting a lot longer than Katrina.

The administration defends its stance by citing a well-established waiver process for foreign vessels. In short, a request to U.S. Customs and Border Protection prompts an inquiry to the Maritime Administration, which leads to a search of the U.S. fleet. If an American ship can provide the same services, the request is denied. Otherwise, the foreign vessel gets a waiver.

That’s reasonable enough. Still, it seems overly bureaucratic in the midst of a crisis.

Sen. George LeMieux (R-Fla.) pressed the president on the Jones Act during a recent face-to-face meeting. LeMieux said the action would signal America’s allies that their help is wanted. Given the dire situation in the Gulf, what’s the harm?

Two other members from Florida, Reps. Corrine Brown (D) and John Mica (R), said their state is suffering while skimmers sit idle. At a hearing on
Thursday, Brown held up photos of vessels in Mexico and Norway, asking, “What is the process for the state to take advantage of skimmers from other countries?”

Mica trained his criticism on Homeland Security Secretary Janet Napolitano for failing to mobilize the entire American fleet. “U.S.-flag vessels have the capacity to bolster the current oil skimming and removal taking place in the Gulf of Mexico,” he said. “Over the last couple of weeks, we have seen oil products wash up on the shores of Louisiana, Mississippi, Alabama and Florida while vessels, which could have been pressed into service, sit idle. This is unacceptable.”

With the spill cleanup reaching its 63rd day, is it too late for a Jones Act waiver to have an impact? LeMiuex believes there’s still time for foreign vessels to help near the coast, given the uncertainty about how long the cleanup will last. He’s disappointed it has taken the administration so long to act.

This is mostly about optics, it seems — appearing to “do something.”  Still, I agree with the Florida reps here:  What would be the harm in getting whatever help we could from European countries?  More skimmers would seem obviously better than fewer.