Vincent Gray, the Democrat who has served as Mayor of Washington, D.C. since defeating Mayor Adrian Fenty four years ago, won’t be returning to office next year:

The 41-year-old D.C. Council member triumphed in the latest in a string of District elections to reveal a city unsettled over the shape of its future. Bowser’s win heralds many more months of uncertainty as she faces a substantial general-election challenger while a lame-duck Gray is left to steer the city amid the threat of federal indictment.

Bowser (D-Ward 4) moved deftly to capitalize on public doubts about Gray’s trustworthiness fueled by the still-unresolved federal corruption investigation into his 2010 campaign. Alone among seven Democratic challengers, she amassed a coalition that crossed demographic and geographic lines allowing her to outpoll Gray’s shrunken but steady base of African American voters.The outcome of the race remained in doubt for four hours after the 8 p.m. closing of polling places as elections officials struggled with an unusually late and messy tabulation process.

For much of the evening, the campaigns and the public watched results trickle in and wondered what was going wrong at city elections headquarters downtown. Officials blamed the slow pace on poor training of election workers in the use of electronic voting machines. And the campaigns waited impatiently to know who had won.

Tamara Robinson, a spokeswoman for the city Board of Elections, said vote counters noticed inconsistent numbers reported in several precincts, so they stopped releasing tallies until they could examine them more closely. They found that five or six machines had not been shut down correctly by poll workers, who may have been overwhelmed by the larger number of electronic machines at precincts this year.

With 89 percent of precincts reporting shortly before midnight, Bowser led Gray 44 percent to 33 percent — prompting a concession speech from the incumbent.

As noted above, Gray’s time in office has been tainted to some degree by allegations that have dogged him since he took office in 2011 regarding a “shadow” fundraising campaign that broke the District’s campaign finance laws. Until recently, though, there were just allegations, but that changed last month when the person charged with leading the shadow campaign plead guilty in Federal Court on corruption charges. There has been widespread anticipation since then that he was talking with Federal authorities and that there would be more indictments to come, possibly reaching into the Mayor’s office itself.

Perhaps the most interesting thing about this is the fact that, with Gray’s defeat, only two of the six people who have served as Mayor of the nation’s capital since home rule was established in 1975 have served more than one term in office, Anthony Williams who served from 1999 to 2007, and Marion Barry who served from 1979 to 1991 and then again from 1995 to 1999. 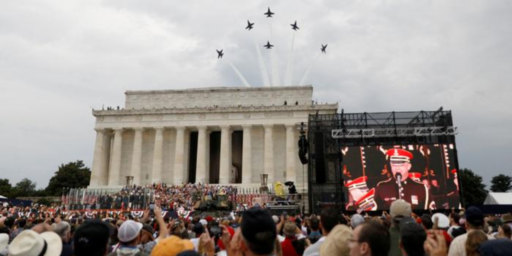