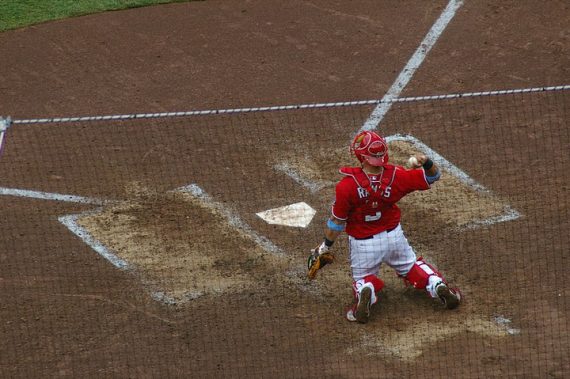 One of the most productive players on the Washington Nationals was kidnapped late yesterday from his home in Venezuela:

Nationals catcher Wilson Ramos has been kidnapped in his hometown of Valencia, Venezuela, according to his Venezuelan winter league team.

Ramos, 24, had gone home for the winter and planned to participate in roughly 10 games with Tigres de Aragua, starting Thursday. He is one of the Nationals’ best, most promising players, a rookie this past season who became the Nationals’ regular catcher.

Four people, armed, went into Ramos’s family’s house Wednesday night and took Ramos, and only Ramos, out of the house, put him in a green vehicle and sped away, according to multiple news reports out of Venezuela. Ramos’s family has not established communication with the kidnappers, the reports said.

Many of the kidnappings that take place in the country are so-called “express” kidnappings, in which armed men drive a victim around and take money before returning him. The crime and safety report stated that “groups that specialize in these types of crimes operate with impunity or fear of incarceration.”

Ramos is apparently alive, although that’s not surprising since this seems like a pretty obvious kidnap-for-ransom case.

The Annapolis Shooting and the Gun Debate