We’ve Lost Count of the Dead in Syria

Even the United Nations has given up trying to maintain an accurate estimate. 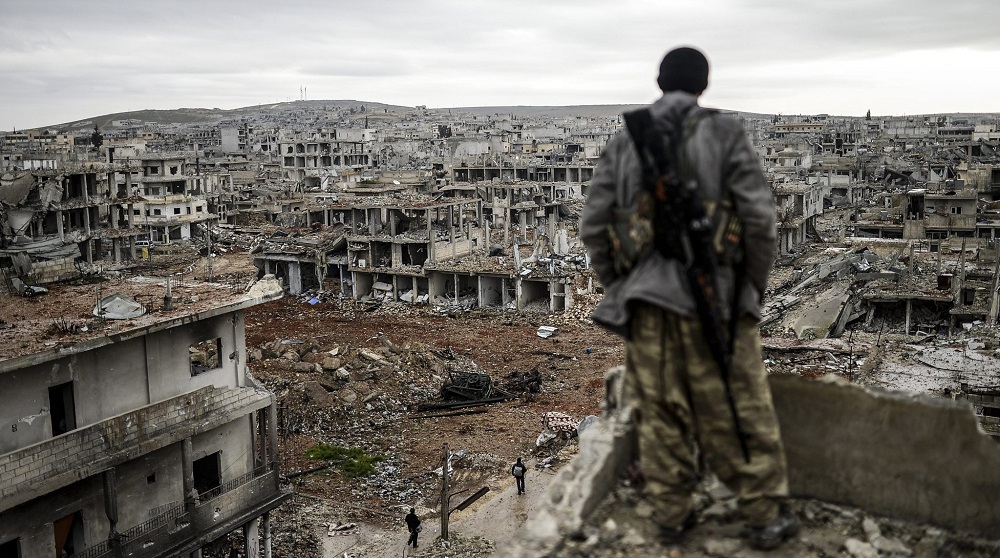 NYT (“How Syria’s Death Toll Is Lost in the Fog of War“):

In seven years, the casualties of Syria’s civil war have grown from the first handful of protesters shot by government forces to hundreds of thousands of dead.

But as the war has dragged on, growing more diffuse and complex, many international monitoring groups have essentially stopped counting.

Even the United Nations, which released regular reports on the death toll during the first years of the war, gave its last estimate in 2016 — when it relied on 2014 data, in part — and said that it was virtually impossible to verify how many had died.

At that time, a United Nations official said 400,000 people had been killed.

But so many of the biggest moments of the war have happened since then. In the past two years, the government of President Bashar al-Assad, with Russia’s help, laid siege to residential areas of Aleppo, once the country’s second-largest city, and several other areas controlled by opposition groups, leveling entire neighborhoods. Last weekend, dozens of people died in a suspected chemical attack on a Damascus suburb.

American-led forces bombed the Islamic State in large patches of eastern Syria, in strikes believed to have left thousands dead. And dozens of armed groups, including fighters backed by Iran, have continued to clash, creating a humanitarian catastrophe that the world is struggling to measure.

Historically, these numbers matter, experts say, because they can have a direct impact on policy, accountability and a global sense of urgency. The legacy of the Holocaust has become inextricably linked with the figure of six million Jews killed in Europe. The staggering death toll of the Rwandan genocide — one million Tutsis killed in 100 days — is seared into the framework of that nation’s reconciliation process.

Without a clear tally of the deaths, advocates worry that the conflict will simply grind on indefinitely, without a concerted international effort to end it.

The last comprehensive number widely accepted internationally — 470,000 dead — was issued by the Syrian Center for Policy Research in 2016. The group, which was based in Damascus until that year, was long seen as one of the most reliable local sources because it was not affiliated with the government or aligned with any opposition group.

But now, just getting a death certificate is problematic in Syria, let alone a collective tally of the dead, said Panos Moumtzis, a United Nations assistant secretary general and regional humanitarian coordinator for the Syrian conflict. And civilians make up the largest portion of the death toll.

Since there are 18 different authorities issuing documentation, in addition to the government in Syria, Mr. Moumtzis said, many civilians fear that having a death certificate issued by the “wrong authority” could jeopardize their relatives.

“Even in death, they worry that one day if they go to declare it they will be in trouble for it,” Mr. Moumtzis said, further complicating tracking.

Some monitoring groups are still keeping count from afar, but their numbers vary, are estimates at best, and have not been verified by international groups. These monitors work with networks of contacts in Syria and collect reports on social media and from the news to compile casualty estimates.

The most prominent of these groups, the British-based Syrian Observatory for Human Rights, said last month that at least 511,000 people had been killed in the war since March 2011. Many organizations rely on this tally as the best current assessment. The group said in March that it had identified more than 350,000 of those killed by name; the remainder were cases in which it knew deaths had occurred but did not know the victims’ name.

There’s a lot to unpack here.

As to the notion that, “Without a clear tally of the deaths, advocates worry that the conflict will simply grind on indefinitely, without a concerted international effort to end it,” that’s been the case virtually since the beginning. We’re now into the eighth year of this conflict and there’s no end in sight. There has been plenty of international effort, but it’s mostly gone into killing one faction or another in this conflict. Russia’s alliance with Assad and veto power in the UN Security Council essentially precludes meaningful international peacekeeping efforts.

For its part, United States has not chosen a side in the conflict. To be sure, former President Barack Obama repeatedly said that “Assad must go,” but never evidenced a strategy to make that happen, much less backed a faction with any hope of replacing him. We’ve bombed the hell out of ISIL but have essentially treated that as its own fight, separate from the larger civil war, despite its implications for the conflict. We’ve backed Kurdish fighters who happen to be on our State Department’s list of terrorist groups and watched our NATO ally Turkey fight them.

That more than a half million people, mostly civilians, are credibly believed to have been killed in this war is awful. That many more are likely to be added to their number is sad, indeed. But it’s not at all obvious what anyone can do about it, aside from taking in refugees fleeing the carnage.