Why Should Iran Trust The United States?

The Trump's Administration's rhetoric and actions have given the Iranians no reason to trust the United States going forward. 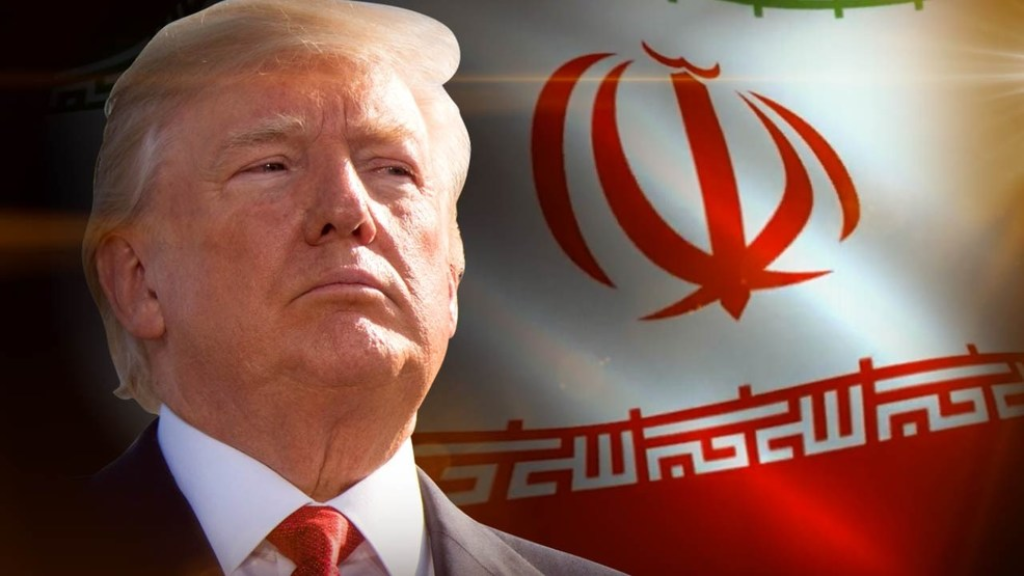 As the world continues to ponder the meaning behind President Trump’s over-the-top late-night Twitter tirade aimed at Iran, Daniel Larison points out that the President’s remarks, combined with those over the weekend by Secretary of State Mike Pompeo, gives the Iranians little incentive to deal with the United States:

Trump and Pompeo may say that they want Iran to agree to a “better” deal, but everything else that they say and do shows that they have no interest in any agreement that might be acceptable to Iran. The administration’s demands have put Iran in the position of choosing between defiance and humiliating surrender with nothing in between, and like any other self-respecting government the Iranians are choosing defiance. The U.S. under Trump has already proven that it can’t be trusted to honor its agreements with Iran when the president reneged on the nuclear deal. The goal of the administration’s Iran policy is now unmistakable: the destabilization and overthrow of the regime. It is clear that the administration has no interest in defusing tensions through diplomacy, and it is instead looking to pick a fight with Iran over anything and everything.

The fact that the Trump Administration has no interest in resolving its differences with Iran via diplomacy should have been made clear long ago in the form of the President’s rhetoric and actions vis a vis the Joint Comprehensive Plan of Action (JCPOA). From the start of his campaign, the President made his animosity toward the JCPOA exceedingly clear, and it was generally in line with what had become conservative orthodoxy on the issue. Throughout his campaign, for example, Trump repeatedly bashed the agreement, misrepresented what it actually entailed, and claimed without providing any real supporting evidence that he could have negotiated a “better” deal without actually specifying what he would have done differently. Despite this, he regularly used the agreement as a means to attack President Obama, former Secretary of State Clinton, and others who had a role in negotiating or supported the agreement.

Trump continued to attack the agreement after becoming President, but at least initially held off pulling the trigger on the deal. A year ago, for example, the President lifted sanctions as required under the agreement, although it was clear that he was only doing so reluctantly. Later in the year, Trump once again stopped short of a full withdrawal but at same time declined to certify to Congress that Iran was in compliance with the agreement. This action came notwithstanding the fact that Secretary of Defense James Mattis and Secretary of State Rex Tillerson both said on the record that Iran was complying with its obligations and that staying in the agreement was in the national interests of the United States. He also took this step despite the fact that the  International Atomic Energy Agency (IAEA), which is charged with monitoring Iran’s compliance with the agreement, has said each time it has been required to report on the status of the agreement that Iran is living up to its obligations under the agreement. Finally, in May of this year, the President announced that the United States was withdrawing from the agreement notwithstanding the fact that America’s European allies were strongly arguing against such a step and that there was simply no evidence that the Iranians were not complying with the agreement. Thus, here we are at the point where the President is reduced to making bombastic threats over Twitter and the Secretary of State is reduced to comparing the leaders of a sovereign, albeit repressive, nation to the Mafia.

Larison goes on to make an interesting contrast between the Administration’s apparent policy toward Iran and the manner in which it is handling North Korea:

This is similar to the lessons that nations like Iran and North Korea can learn from the way in which Libya was treated. In the wake of the Iraq War, of course, that nation gave up its nuclear and WMD research efforts, settled various claims regarding acts of terror that it had sponsored in the past, and generally sought to re-enter the world community after decades of isolation with the goal of ensuring the survival of the regime. Instead of survival, though, Libya ended up finding itself the target of the United States, the United Kingdom, and France in a civil war that ended with the collapse of the Gaddafi regime and the death of Gaddafi himself. By contrast, while the President did behave in a bellicose manner toward the leader of North Korea for the better part of a year, he has been quite charitable toward him over the past six months, and even took the extraordinary step of meeting him for the first summit meeting between an American President and the leader of the DPRK.

Based on how things proceeded with the DPRK, of course, there’s been some speculation that Trump’s inflammatory rhetoric toward Tehran is intended to provoke the same reaction it did from North Korea, with the idea that it will force them back to the negotiating table. This appears to also be the logic behind the Administration’s strategy of increasing the sanctions on Iran in a way that hurts the economy and causes problems for the regime with the Iranian people. This strategy only makes sense, though, if one believes that the Iranians will react to this the same way that the North Koreans did, and there’s plenty of reason to believe that this is not the case. In no small part, this is due to the fact that, despite the American withdrawal from the JCPOA, the Europeans, Russia, and China remain supportive of the regime and continue to deal with Iran as if the agreement were still in place. As long as that’s the case, then the odds of the Iranians suddenly becoming compliant with the Administration’s wishes are quite low. This is especially true given the fact that Iran is nowhere near being in the same condition as North Korea, and is in many respects far stronger and far more able to withstand the kind of unilateral sanctions that the United States will be able to impose. Rather than weakening the resolve of the mullahs, the latest rhetoric coming out of Washington is likely to strengthen it. Meanwhile, the United States has walked away from the one agreement that has actually brought Iran to the table. Given all of that, the leadership in Tehran would be wise to wonder what reason they have to trust the United States in any future negotiations.