Why is ProPublica Writing Articles for the Washington Post? My “Obama Wants Indefinite Detention Power” post was based on a widely-cited WaPo piece by Dafna Linzer and Peter Finn. I didn’t want to derail the discussion there with a sidebar but there’s an odd journalism angle here.  The authors are bylined as “ProPublica and Washington Post Staff Writer,” respectively.

There’s a graphic box further explicating this, which I’ve reproduced at right.

The link in “For more on this story, go here.” takes the reader to a detailed backgrounder titled “Review of Gitmo Detainees Has Been Slow and Complex.”

ProPublica is an independent, non-profit newsroom that produces investigative journalism in the public interest. Our work focuses exclusively on truly important stories, stories with “moral force.” We do this by producing journalism that shines a light on exploitation of the weak by the strong and on the failures of those with power to vindicate the trust placed in them. [emphasis mine]

Now, isn’t this more than a little odd?  The Washington Post is teaming up with an advocacy organization with a very particular agenda to do major news stories?  Doesn’t that blur the lines just a wee bit?

In fairness, WaPo could not have done much more in the way of full disclosure here. They make it abundantly clear that Linzer works for ProPublica and put that giant inset box in the story, at least online.   But their description of what ProPublica is — taken from the group’s own site — is rather misleading.  And those readers who view the post in its traditional paper edition (there are still some of those, right?) don’t have the ability to easily click a link to find out more.

This doesn’t feel right to me. 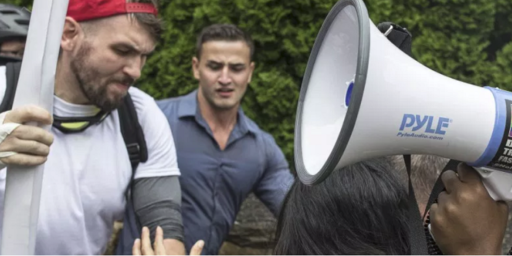 Parents Giving Up Custody of Kids to Scam Financial Aid