Click on the link for the Trig Palin post that caused so much controversy yesterday, and you now see this: 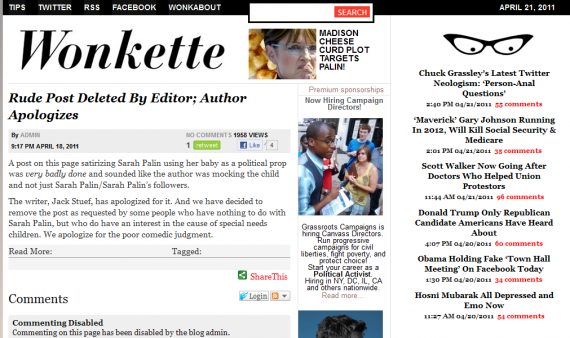 Of course, nothing is ever really deleted on the Internet and the damage is done, but I suppose this is the end of it