With Germany and Argentina headed to the the World Cup Final on Sunday, things might be a little tense around Vatican City for the next several days: 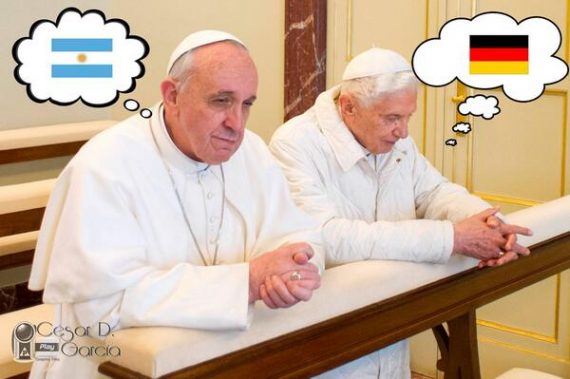 There’s been some suggestion that neither Francis nor Benedict will be watching the game since it starts around 10pm Rome time on Sunday. Perhaps, but when one of you is Pope and the other one is the retired Pope who’s going to tell you that you can’t stay up late if you want to?