I was alerted via Radio Free Europe’s Twitterfeed to their story “Anne Applebaum’s Car Explodes.”  In it, Luke Allnut excerpts this from a London Times report: The American author Anne Applebaum, wife of Radoslaw Sikorski, the Polish Foreign Minister, has been given special police protection after the engine of her jeep exploded in as yet unexplained circumstances.

Ms Applebaum, 45, author of a Pulitzer prize-winning history of the Soviet Gulag, was driving through the Jozefow suburb of Warsaw on Saturday when she heard a strange noise in her car and got out to investigate. Shortly afterwards the engine blew up. She was unharmed.

Glad she was uninjured but curious as to the details, I clicked through to the original report, less sensationally titled “Police called after Anne Applebaum’s car catches fire”.

Polish police and fire services were called into action when smoke billowed from the private car of Poland’s foreign minister Radoslaw Sikorski.

The car was being driven by his wife, the Pulitzer-winning American historian and journalist Anne Applebaum, who stressed that no foul play was involved.   “I have no doubt whatsoever that it was an accident,” said Ms Applebaum, 45, who had been driving through a suburb of Warsaw on Saturday evening.  “The car slowed down and lost power – an indication of something wrong with the engine – and I stopped and tried to re-start it,” she said.

There was a small noise, smoke started to pour out of the engine and so Ms Applebaum evacuated the car. By the time the fire brigade arrived, the engine was in flames. Ms Applebaum was unharmed and police are conducting an examination of the wrecked vehicle.

That’s the story.  The RFE excerpt was nowhere to be found.  Truly bizarre.  Presumably, the Times continued reporting, found that the original story didn’t stand up, and quietly replaced the original.

UPDATE: Kate Heartfield points my to Applebaum’s own account of the matter.

Some of you may be deeply disappointed to hear this, but let me begin by reassuring all of my readers that no, my car did not blow up last weekend. I’m afraid it simply isn’t true that the Russian mafia are out to get me either. I know it would have been more fun — and for some of you much more satisfying — but alas, I was never under attack at all.

[The fireman] did do a kind of double-take when I mentioned that the car belonged jointly to me and my husband — and that my husband, Radek Sikorski, happens to be the Polish foreign minister. Nervous, he called his boss. His boss called the secret service. In an overabundance of caution, the secret service decided to check out the car and hang around me for the next day. Fine, I thought. That’s their job. They would do that in any country.

As happens so often in these cases, someone tipped off the Polish tabloids, and the Polish tabloids sent photographers (they would do that in any country too). There were some radio reports, and then pictures of my poor Jeep, looking like something off the streets of Beirut, were spread all over the Internet under headlines like “Attack on Sikorski’s wife???”

The next morning, anxious friends started calling from London. It seems the London Times had run a story, both in the newspaper and online, headlined “American author Anne Applebaum given police guard after car blows up.” The story described the incident (incorrectly) and concluded by ominously noting that I and my husband “have been sharp critics of the Kremlin.”

At some point, perhaps Gawker and the Estonian Web sites will notice that the story to which they are linking has undergone, um, a change of tone. As of this writing, though, there is no correction, and no explanation as to why on earth the London Times, flagship of the Murdoch group, is reporting the fact that Anne Applebaum’s car engine caught fire.

Even more bizarre, the story is actually a couple of days old now and RFE is still tweeting the hysterical version. 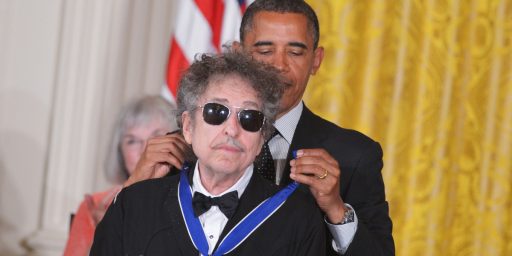