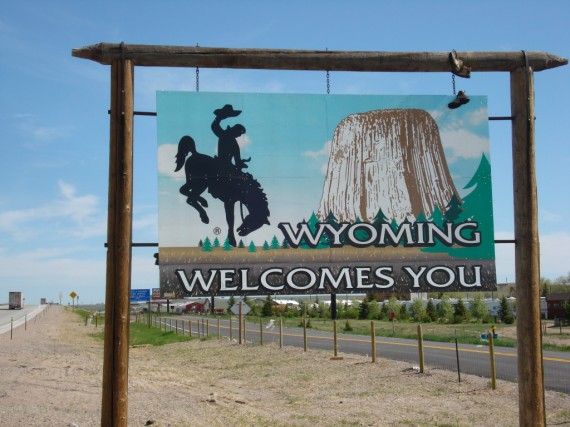 PPP’s new Wyoming poll finds that most voters in the state see Liz Cheney as an outsider…and as a result she starts out at a significant deficit in a primary contest with Mike Enzi.

Overall only 31% of Wyoming voters consider Cheney to be a ‘Wyomingite’ to 50% who do not. By a 50/28 margin they think it would be more appropriate for Cheney to run for the Senate from Virginia than Wyoming. Even Republican primary voters share, by a 45/33 spread, the sentiment that Cheney should be running in Virginia instead of Wyoming.

Cheney starts out at a 54/26 disadvantage in her primary challenge to Enzi. She only has a narrowly positive favorability rating with GOP primary voters at 40/34, while Enzi is quite popular with a 66/24 approval rating. The two actually are pretty close among voters describing themselves as ‘very conservative,’ with Enzi leading just 43/37. But his 68/14 advantage with moderate Republicans and 52/26 edge with ‘somewhat conservative’ ones make it uncompetitive overall.

Former Democratic Governor Dave Freudenthal continues to be a very popular figure in Wyoming, with a net +33 favorability rating at 55/22. So it says something about the difficulty Democrats face in national elections in the state that despite that popularity he still trails Enzi by 23 points in a hypothetical match up, 54/31. Enzi has a 47 point lead over Gary Trauner, who ran competitive campaigns for the House in 2006 and 2008, at 66/19.

The only scenario in which Democrats could be competitive for this seat- and it’s very far fetched- is one in which Freudenthal decided to run and then Cheney somehow defeated Enzi in the primary. Freudenthal would actually lead Cheney 45/42 in a hypothetical match, likely due to her under water 33/43 favorability rating with the overall electorate. Cheney would still lead Trauner 49/31.

Even if by some chance Enzi decided to retire, Cheney would be far from the favorite in an open seat Senate contest. Congresswoman Cynthia Lummis, who has a 55/25 approval rating with Republican primary voters, would start out leading her 41/34.

As I noted when the first poll of this race came out last week, it’s still very early in this process. It is possible that Cheney’s attacks on Enzi’s incumbency will start resonating with voters, or that Enzi will make some kind of mistake that will hurt his campaign. Barring any of that, though, this doesn’t look good for Cheney at al.