A 15-month-old was accidentally served a mixed drink instead of apple juice. 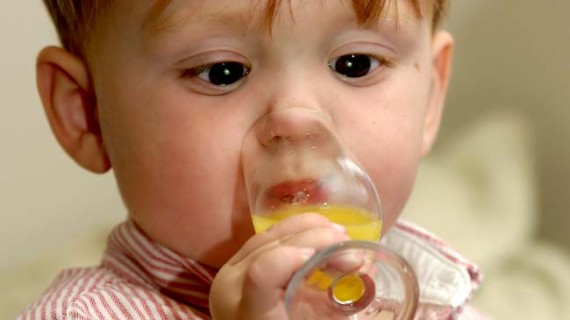 As if parents need something else to worry about . . .

The Applebee’s restaurant chain says it’s changing the way it serves juice after a toddler was mistakenly given a small amount of alcohol at a Detroit-area location.

The Detroit Free Press and The Detroit News report Tuesday that Applebee’s will pour juice for children from single-serve containers at the table starting this week. Applebee’s also plans to retrain workers.

Fifteen-month-old Dominic Dill-Reese’s mother ordered her son a kid’s meal and asked for apple juice as the beverage Friday afternoon. Dominic was checked out by doctors, and the family was told the child’s blood alcohol level was .10 percent. That’s over the legal limit for an adult driver. Dominic is expected to be OK.