As the shutdown drags on, it's beginning to have an impact on the economy. 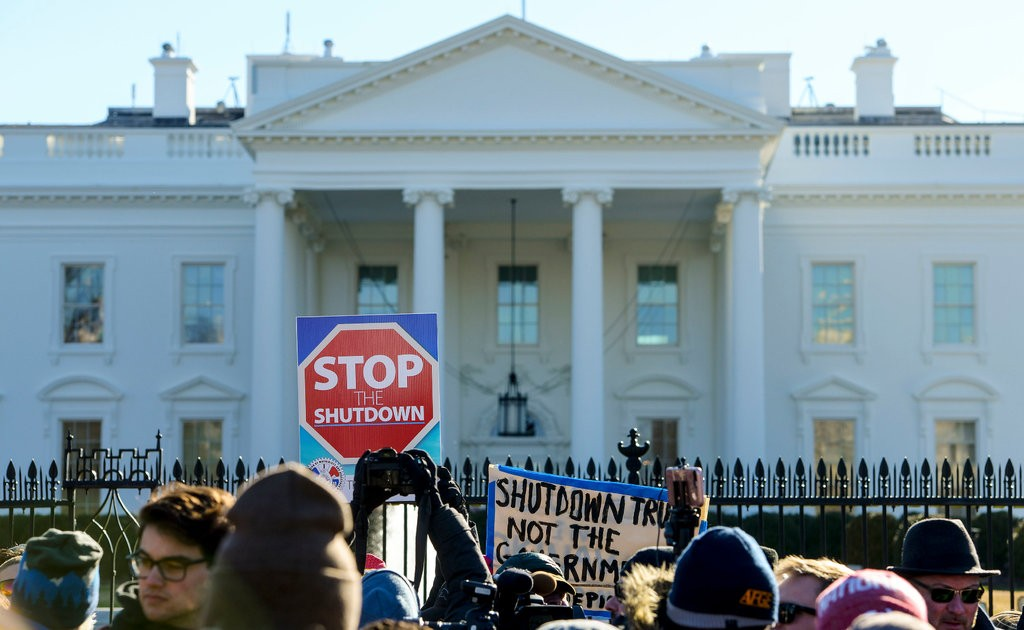 As the Federal Government shutdown enters its twenty-sixth day, worries are growing that it could have a broader impact on the economy going forward:

The partial government shutdown is inflicting far greater damage on the United States economy than previously estimated, the White House acknowledged on Tuesday, as President Trump’s economists doubled projections of how much economic growth is being lost each week the standoff with Democrats continues.

The revised estimates from the Council of Economic Advisers show that the shutdown, now in its fourth week, is beginning to have real economic consequences. The analysis, and other projections from outside the White House, suggests that the shutdown has already weighed significantly on growth and could ultimately push the United States economy into a contraction.

While Vice President Mike Pence previously played down the shutdown’s effects amid a “roaring” economy, White House officials are now cautioning Mr. Trump about the toll it could take on a sustained economic expansion. Mr. Trump, who has hitched his political success to the economy, also faces other economic headwinds, including slowing global growth, a trade war with China and the waning effects of a $1.5 trillion tax cut.

To blunt the shutdown’s effects, the administration on Tuesday called tens of thousands of employees back to work, without pay, to process tax returns, ensure flight safety and inspect food and drugs. But some people involved in the shutdown discussions in the White House have privately said they anticipate that Mr. Trump will grow anxious about the economic impact in the coming days, accelerating an end to the stalemate. Others close to the president believe Mr. Trump has leverage and are encouraging him to stand by his demands.

For now, the White House shows no signs of being ready to relent, and Kevin Hassett, the chairman of the Council of Economic Advisers, continued to blame Democrats for the economic damage.

“Congress needs to look at the harms that we’re talking about,” Mr. Hassett said, “and address them.”

Mr. Hassett said on Tuesday that the administration now calculates that the shutdown reduces quarterly economic growth by 0.13 percentage points for every week that it lasts — the cumulative effect of lost work from contractors and furloughed federal employees who are not getting paid and who are investing and spending less as a result. That means that the economy has already lost nearly half a percentage point of growth from the four-week shutdown. (Last year, economic growth for the first quarter totaled 2.2 percent.)

Mr. Hassett, attempting to illustrate the pain caused by the shutdown, said on Tuesday that one of his furloughed staff members had begun driving for Uber to make ends meet.

Mr. Hassett said it was possible that the damage could grow. He also said much of the damage should be repaired once the shutdown ends and workers get back pay. But he acknowledged that the shutdown could permanently reduce growth expectations if businesses and markets begin to expect that Congress and the president will repeat the experience again and again.

Some economists have begun to warn that such a situation is likely and that economic confidence could be undermined as businesses, consumers and investors lose faith in the ability of political leaders to find agreement on issues like raising the federal debt limit and approving trade deals.

That lack of confidence could snowball into a self-inflicted economic contraction on the heels of what appears to have been the nation’s strongest year of growth since the 2008 financial crisis. Financial markets are already highly volatile amid concerns about the trade fight with China, slowing global growth and signs of weakness in American housing and manufacturing sectors.

“The economy could easily stall in the first quarter, and then the question is what happens in the second” if the shutdown persists, said Ian Shepherdson, the chief economist at Pantheon Macroeconomics. “The longer it goes on, the longer it takes to recover.”

If the shutdown continues through the end of March, Mr. Shepherdson said in a research note, he would expect the economy to shrink in the first quarter. While federal workers are likely to receive back pay once the furlough ends, most government contractors will not, and the longer spending is depressed, the higher the risk that the businesses they run or patronize will fail, Mr. Shepherdson said.

The shutdown “is threatening to derail this economic expansion,” Bernard Baumohl, the chief global economist for the Economic Outlook Group, said in a research note on Tuesday. Its effect on federal workers’ spending plans is particularly worrisome for the automotive and housing markets, which were already showing signs of trouble before the shutdown, he said.

As time goes on, the economic impact of the shutdown is only likely to increase, of course. The most direct impact, of course, will be felt by Federal workers and contractors who are not getting paid because of the funding lapse, but that impact will quickly grow to include sectors of the economy beyond the immediate universe of the Federal workforce. Businesses that, in turn, do business with Federal contractors, for example, will be impacted because they too are likely to go unpaid at least in the short-term. Additionally, in Washington, D.C. and elsewhere, businesses that rely on Federal workers, such as restaurants and other establishments, are already starting to feel the impact of the shutdown. Many of these are businesses that depend heavily on such workers for foot traffic during the course of the business week which suddenly find that their customer base is significantly reduced. While these are seemingly small examples of the impact of the shutdown, they are adding up by the day and across the country.

Despite all of this, there’s little sign that the growing crisis is going to be resolved any time soon. The President continues to refuse to relent on his demand for funding for a border wall that Democrats clearly are not going to agree to. House Republicans remain intensely loyal to the President to the point that, other than a handful of about twelve members of the House GOP Caucus, there is virtually no chance that they will turn against him at any point in the future. The one group that could have an impact on how this shutdown continues to unfold, Senate Republicans, are following Mitch McConnell’s lead and staying on the sidelines of the fight, claiming that it is Democrats who must come to the table to make a deal. So far, only a handful of those Republicans in the upper chamber have given an indication that they might be willing to either pressure McConnell to act or to cross the aisle and support legislation to reopen the government. The problem with that is that, without significantly more Republican support in both chambers of Congress, there is little prospect of this being resolved due to the fact that there would be little to no support for overriding a Presidential veto should the President respond in that manner. Because of that, the prospect of this shutdown being resolved any time soon looks as unlikely as it did on December 22nd.