The highly regarded Atlantic Monthly, a Boston institution since 1857, is moving to D.C.

Atlantic Monthly to Move Down the Coast to D.C.

It has been nearly 150 years since the Atlantic Monthly magazine was born, its first offices located in Boston’s Old Corner Bookstore. It was on that site in the city’s downtown that a couple of book publishers bound the words of men such as Emerson and Thoreau and Longfellow. The writers would often gather to chat and gossip, these American literary titans. No coincidence then that some — including Emerson and Longfellow — would be among the Atlantic’s founders.

But great writers know that good narratives always have their twists, and the Atlantic staff got a big one this week when it learned that its owner of six years, David Bradley, will be moving the publication from Beantown to the Beltway over the next year, a decision rooted in economics — and what Bradley calls “economies of intellect.”

“It’s been a long and trying day,” the magazine’s managing editor, Cullen Murphy, said yesterday, though, he added, the news wasn’t a complete surprise. With the assistance of his deputy, Toby Lester, Murphy has spent the last few days holding individual conversations with the nearly 40 staff members who must decide whether to move to Washington.

Murphy himself, who has been managing editor for 20 years and whom Bradley describes as the Atlantic’s “soul,” will not be moving. He will stay on through the new year, he says, then continue to edit some writers for a while. But he has no desire to come to Washington and will eventually fulfill a book contract he’s been putting off. He figures many of his colleagues will also remain in Boston. “This is a group of people most of whom have ties to Boston,” he says. “And they may have spouses working here, families living here, young children here, so, yes, I think the majority of the Boston staff will not take up the offer to move to Washington.”

It’s not that Bradley hasn’t extended the offer. A multimillionaire who owns the Washington-based National Journal Group, which has several publications that deal with the inner workings of Washington, including the weekly National Journal and monthly Government Executive magazine, he says all the employees will get at least a year’s pay. And he’s offered to fly staffers and their spouses to visit the magazine’s destined new home.

As I’ve noted before, the Atlantic is truly a great magazine, one of only a handful which I still actually subscribe to in print format. Given the magazine’s increasing focus on public policy, it simply makes sense for it to be based in the seat of power. The NYT coverage of this explains that nicely:

Its guaranteed circulation is on the rise, to a projected 355,000 in June, after dropping to 325,000 from 450,000 in 2003. Advertising pages are up 60 percent since 2001. Still, all of the editorial and business efforts have failed to change The Atlantic’s status as a storied, but money-losing proposition.

The magazine has a staff of 37 in Boston. In Washington, the Atlantic Media Company empire that Mr. Bradley controls, which includes the National Journal, The Hotline, Congress Daily and Government Executive, has a staff of 299. That includes 40 people who work for The Atlantic – three writers, seven researchers and 30 business employees. Mr. Bradley said that the Boston office was too small to sustain and that consolidating his publishing activities here would save on costs. His main goal in doing so, however, is to “build a large staff in a great intellectual atmosphere.” “There is plenty of intellectual activity up there,” he said of Boston. “But the magazine can be more remarkable at a larger scale.” Mr. Bradley said he wanted to hire perhaps two dozen new writers. Some of them could be based anywhere but most, he said, would work in Washington, “in an office with others, sharing editorial ideas, creating an intellectual atmosphere.”

Boston is certainly a hub of intellectual activity, with several of the world’s greatest universities within walking distance of one another. But D.C. is the place to be if you want to live and breathe politics.

The Atlantic, one of America’s most celebrated magazines and a Boston institution since 1857, announced yesterday it will move to its parent company’s headquarters in Washington, D.C., next year as a cost-cutting measure. ”I see no happy news in today’s decision,” David Bradley, The Atlantic’s owner, said in a statement. ”Not for Boston. Deeply not for our very committed staff.”

The Atlantic has a storied place among American magazines. Its editors have included such famous authors as James Russell Lowell and William Dean Howells. Contributors have ranged from Mark Twain and Henry James to Albert Einstein and Martin Luther King Jr. King published his celebrated ”Letter from a Birmingham Jail” in the August 1963 issue.

In addition, the magazine was very much a Boston institution. For many years, its offices were in a townhouse on Arlington Street. Such editors as Ellery Channing, Edward Weeks, and Robert Manning became celebrated local figures. Manning’s feud with Mortimer Zuckerman, the magazine’s owner before Bradley, inspired a lengthy lawsuit and one of the great grudge matches in a city famous for them.

”My first, gut reaction is, ‘one more?’ ” said Thomas O’Connor, university historian at Boston College and author of ”Bibles, Brahmins, and Bosses: A Short History of Boston.” ”It seems a shame that this prestigious and historic journal should, like so many other institutions, leave Boston, too. It raises the question how many of these institutions can leave the city before Boston becomes homogenized and just another American city. I think it’s very, very sad — not only that we lose but continue to lose institutions that were born and bred in Boston.”

I suspect Beantown will get along quite nicely.

Update: Media Bistro has some interesting thoughts on this move including noting, as I have, that the “Monthly” part of the journal’s name seems to be fading away. 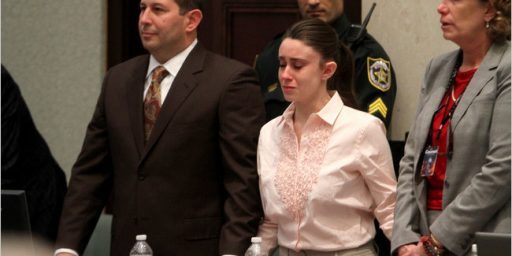