Robert Farley takes a shot across the bow at the academy from the pages of one of his field's most prestigious journals. 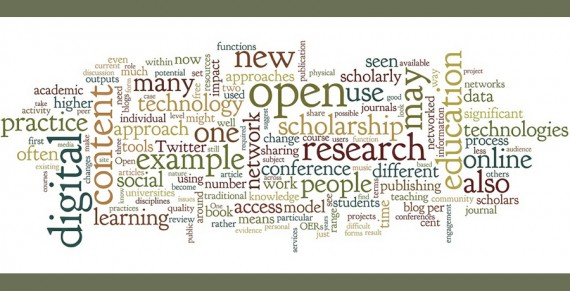 Robert Farley takes a shot across the bow at the academy from the pages of one of his field’s most prestigious journals (PS, ”Complicating the Political Scientist as Blogger“).

If you are reading this article in PS, the article has gone through a vetting and editing process that has probably lasted at least 18 months. This process undoubtedly improved the quality of the article, but it also substantially delayed its entry into the debate. Had I simply posted this discussion as a blog response to Sides, it probably would have taken me three or four days to write and edit it. I would have included multiple hyperlinks, effectively “citing” not only Sides article but a plethora of different pieces on blogging and the academy. The article could have been viewed by some 4,000 regular visitors to Lawyers, Guns and Money, plus another 8,000 or so subscribers. Any one of these subscribers could have responded (helpfully or unhelpfully) in our comments section, likely generating a long debate both on the merits of the article and on the merits of the author. Sides could have responded within a day, and a multitude of other political science bloggers might have chimed in during the ensuing weeks.

Instead, I published the article here in PS, giving up all of that in return for a line on my CV with the “peer review” annotation.The delay of this article, the loss of all of the interactivity that the Internet provides, and the substantial reduction in the number of people likely to read the piece buy me a slightly improved chance at tenure and promotion.

To say that this makes little sense is an understatement.

To the extent that the purpose of academic research is to foster debate and expand the field of knowledge, it’s hard to dispute any of that. The pace of publishing in most academic journals, always slow, now seems positively glacial in the age of blogs and Twitter.

Farley’s article is a response to a very good 2011 piece in the same journal by John Sides of Monkey Cage fame. Given that the two have widely-read blogs—and read each other!—they could have had this debate in real time. Presumably, as early as 2009. And, to the extent that this debate about the nature of the political science discipline is healthy and necessary—and I would contend that it’s both—that we’re now having it three-and-a-half years later seems a colossal waste.

Then again, that “line on [the] CV” is a pretty important thing. Farley is an untenured assistant professor at Kentucky’s Patterson School, so an additional publication in PS could be a difference maker. Sides got tenure and promoted to associate professor at George Washington in 2011, so it’s not inconceivable that having an accepted piece at PS put him over the top in the minds of his committee.

The question, though, is whether that should continue to be the case in a digital age. While Sides promotes blogging and other public intellectual activities as a useful adjunct for the academic political scientist Farley goes further, arguing that it should be front and center. The next paragraph after the earlier excerpt continues:

And so, rather than think in terms of how blogging, tweeting, and other forms of social media could accommodate themselves to the traditional proﬁle of an academic career, let me suggest that we should, as a discipline, think in more radical terms. Eﬀectively, our tenure and promotion system is built around an obsolete social and technological foundation, with career success built around posting a few articles in a few journals subscribed to by a few libraries and read by few people (Cosgrove 2011; Healy 2011). Rather than take the apologetic line that Sides advocates, we should think about blogging as a crowbar to pry open the tenure and promotion process.

To be sure, the metrics for evaluating the contribution that blogging could make to a tenure or promotion case remain murky. Measures such as traﬃc, links, and comments are all problematic often to the point of uselessness. The best we can oﬀer, perhaps, is that each blog can be evaluated as part of an academic career, and no clear template for how blogging should ﬁt into career progress exists. This proposal sounds frustratingly amorphous, but in most cases the arguments for and against tenure and promotion rely on fuzzy distinction between journals, publishers, and course evaluations, not to mention the always-important-but-never-concrete quality “will this person make a good colleague?” A more holistic approach to tenure and promotion (Young 2010) would remedy some of the problems of relying on the peer-review system, while also encouraging young scholars to “bridge the gap” by writing articles that people will actually read (Young 2010).

With state legislatures displaying an increasing reluctance to underwrite political science research that their constituents neither understand nor care about, blogging could become an important avenue for public engagement. Thus, the practice of blogging touches on a core interest of the discipline of political science, even if we have not quite recognized that it is a core interest.

This shouldn’t be an either/or. Dan Drezner, Sides, Farley, Eugene Volokh, and many others have combined a highly visible blogging presence with productivity in traditional scholarly activities. Our own Steven Taylor has been tenured, promoted twice, become department chair, and put out two books over the decade he’s been blogging. But I’m certainly on the side of giving academics “credit” for work as public intellectuals and popularizers.