The octogenarian failed to get her party's endorsement for a sixth term. 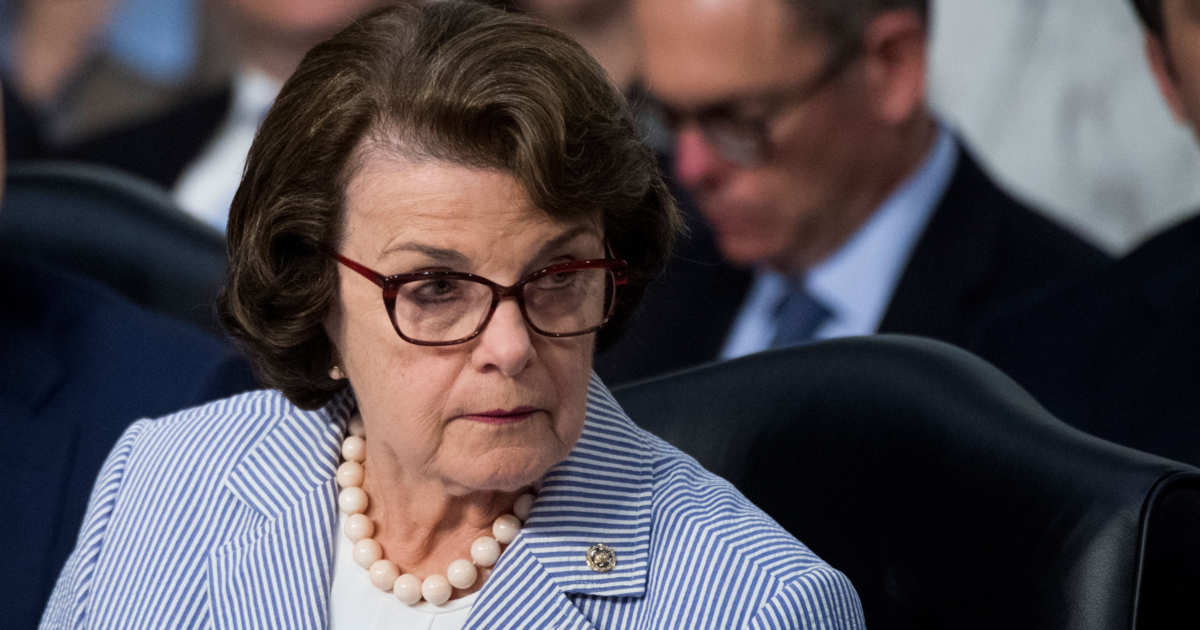 Octogenarian Senator Dianne Feinstein has failed to get her party’s endorsement for a sixth term.

As he sought to wrest the California Democratic Party’s endorsement away from longtime Sen. Dianne Feinstein, her upstart challenger, Kevin de León, made an impassioned argument to state delegates Saturday that the time had come for a new generation of leadership in the Senate.

While he was not able to earn their endorsement outright, he did secure enough votes (54%) to prevent one for Feinstein, who received just 37 percent of the delegates’ votes.

In an aggressive speech at the California Democratic Party convention, De León said Democrats deserve a progressive senator who fights on the “front lines,” who doesn’t “equivocate on the sidelines.”

“I’m running for US Senate because the days of Democrats biding our time, biding our talk, are over,” said De León, who is the leader of the California Senate. “Leadership comes from human audacity, not from congressional seniority.”

He faulted Feinstein for her initial approach to President Donald Trump — which infuriated Democratic activists here — mocking her for saying last August that she believed Trump “can be a good president” if he had the ability to “learn and to change.”

Charging that Feinstein is out of step with the progressive direction of the party, De León pointed to a litany of issues where he said he disagrees with the senior senator, including school vouchers, allowing federal agents to spy on American citizens, and her past support of the wars in Iraq and Afghanistan.

He said he would never have supported prosecuting 13-year-olds as adults “in a criminal justice system propped up by institutional racism” (an apparent reference to her support for the 1994 crime bill). De León also chided Feinstein’s approach to immigration, charging that he would never use the so-called Dreamers “as a bargaining chip.”

Writing for the LAT, Seema Mehta and Phil Willon argue this could be “a speed bump or a signal.”

California Democrats overwhelmingly decided not to endorse Sen. Dianne Feinstein this weekend, an embarrassing rebuke of a party icon who has represented California in the Senate for a quarter-century.

Nearly two-thirds of the party’s delegates voted against backing her campaign for a fifth full term, a reflection of the dissonance between an increasingly liberal state party and the moderation and pragmatism that have been hallmarks of Feinstein’s political career.

The lack of support could simply be a speed bump on Feinstein’s path to reelection in November. But many Democrats gathered in San Diego for their annual convention said they were looking for a flamethrower who would more aggressively confront President Trump and viewed Feinstein as a creature of the nation’s capital who has lost touch with her California roots.

De León, 51, still faces significant obstacles in his bid to topple a powerful, wealthy incumbent. He trails Feinstein by 29 percentage points in the most recent public poll and started the year with $360,000 compared with Feinstein’s $10 million. If he had received the endorsement, he would have gained access to party resources and the ability to jointly raise funds with the party, which can receive unlimited contributions.

Feinstein’s longtime political advisor, Bill Carrick, dismissed the significance of the endorsement vote as a beauty contest among party activists who do not represent the broader California electorate. He said that as a senior senator in Washington, Feinstein could not shower party regulars with as much attention as De León.

“He spent a lot of time working the party [events] over the years,” Carrick said. “She’s obviously a senator in Washington with a very serious day job.”

My guess is that, despite not appealing to party activists, Feinstein’s name recognition and money will win out. If it doesn’t, it will be a signal of the Democrats following a pattern that Republicans have followed for decades. Half a century ago, William F. Buckley, Jr. coined the so-called Buckley Rule: “The wisest choice would be the one who would win. No sense running Mona Lisa in a beauty contest. I’d be for the most right, viable candidate who could win.” He said that in endorsing Richard Nixon, who he correctly thought could win the general election for president in 1968, over Barry Goldwater, a much more conservative candidate whose views more closely matched his own but had been soundly defeated in 1964.

In the South and other deeply red states, the GOP has nominated increasingly conservative—even radical—candidates and elected them. That tendency cost them in 2010 when they failed to follow Buckley’s admonition and ran radicals in purple states. Moreover, it has all but run off the moderate wing of the party, making it much harder for Republicans to win the White House. (Yes, a Republican holds the office at the moment. He received three million fewer votes than a godawful Democratic opponent. Democrats have won the plurality in six of the last seven presidential races.)

Were De León to win the Democratic nomination, he’d almost surely win the general election in California, where it takes a perfect storm for a Republican to win state-wide. He’s 33 years younger and much closer in political temperament to the Democratic base than Feinstein. He seems like a no-brainer. But a Democratic party dominated by De Leóns rather than Feinsteins would be a gift to the Republicans.