California has pushed back quickly against the Trump Administration's decision to include a question regarding citizenship in the 2020 Census. 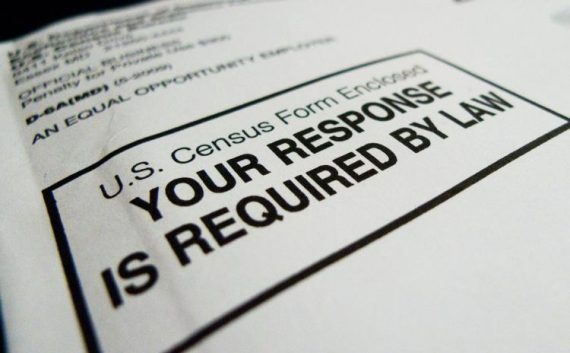 As James Joyner noted this morning, the Trump Administration is moving forward with a plan to include a question regarding citizenship on the 2020 Census questionnaire that will be mailed to American households as part of the next decennial census. Less than 24 hours after that decision was announced by the Department of Commerce, the State of California has filed a lawsuit seeking to prevent the question from appearing on the Census questionnaire:

Progressives, states and civil rights advocates are preparing a flurry of legal challenges to the Trump administration’s decision to add a question about citizenship to the next census, saying the move will penalize immigrants and threaten civil rights.

The late Monday move from the Commerce Department, which it said came in response a request by the Justice Department, would restore a question about citizenship that has not appeared on the census since the 1950s. The administration said the data was necessary to enforce the 1965 Voting Rights Act.

The state of California immediately challenged the plan in federal court.

“The citizenship question is the latest attempt by President Trump to stoke the fires of anti-immigrant hostility,” Padilla said in a statement. “Now, in one fell swoop, the US Commerce Department has ignored its own protocols and years of preparation in a concerted effort to suppress a fair and accurate census count from our diverse communities. The administration’s claim that it is simply seeking to protect voting rights is not only laughable, but contemptible.”

New York announced it would also lead a separate multi-state lawsuit to challenge the move on Tuesday.

Former Obama administration Attorney General Eric Holder also blasted the move and said his organization, which focuses on voting enfranchisement and redistricting, would also pursue litigation against what he called an “irresponsible decision.”

Holder said contrary to the rationale presented by the Justice Department, he and other modern-era attorneys general were “perfectly” able to handle those legal matters without such a question on the Census.

“The addition of a citizenship question to the census questionnaire is a direct attack on our representative democracy,” Holder said in a statement.

“Make no mistake — this decision is motivated purely by politics. In deciding to add this question without even testing its effects, the administration is departing from decades of census policy and ignoring the warnings of census experts.”

Critics of the move say that including such a question on a government survey will scare non-citizens and vulnerable immigrant communities into under-reporting, especially in the context of the Trump administration’s hardline push to curtail illegal and legal immigration. By undercounting these populations, they argue, there will be a major impact that follows on voting and federal funds.

Because the once-a-decade census is used to determine congressional and political districts and to dole out federal resources, an undercount in heavily immigrant areas could substantially impact certain states and major cities and potentially their representation at the federal level.

The question has not been on the full decennial census since the 1950s, but does appear on the yearly American Community Survey administered by the Census Bureau to give a fuller picture of life in America and the population.

The Commerce Department said the decision came after a “thorough review” of the request from the Justice Department. The priority, Commerce said, was “obtaining complete and accurate data.”

“Having citizenship data at the census block level will permit more effective enforcement of the VRA, and Secretary Ross determined that obtaining complete and accurate information to meet this legitimate government purpose outweighed the limited potential adverse impacts,” the statement said.

Becerra and his state have been central to virtually every legal challenge of the Trump administration on issues ranging from immigration, to the environment, to health care. The Justice Department has also sued California over its so-called sanctuary policies to protect immigrants.

The lawsuit itself puts forward two causes of action, one based on that part of the Constitution that authorizes the Census to begin with, and the other dealing with the allegation that the Administration failed to comply with the Federal Law regarding the issuance of new regulations.

The requirement and authority to conduct a Census is set forth in Article I, Section Two, Clause 3 of the Constitution which requires an “actual Enumeration” of the residents in each state for the purposes of apportionment of Congressional Districts. This apportionment number, of course, is also used to determine the number of Electoral Votes each state shall have in Presidential Elections from the time of final apportionment going forward until the next Census. In that respect, it’s important to note that the clause in question makes no distinction between citizens, legal residents (a concept that didn’t really exist in the law at the time the Constitution was drafted), and undocumented immigrants or others who may be in the country illegally. Indeed, since the entire purpose of the Census is to establish the actual population of each state, it’s self-evident that the Census is required to count everyone equally regardless of whether they are citizens or what their immigration status may be. California argues in the first count of its lawsuit that the citizenship question violates the relevant part of the Constitution because it will impede the intent of the clause by making some individuals unwilling to cooperate with Census authorities out of fear that they could face legal consequences if they do so. As a result, the lawsuit states, California and its residents will be harmed due to the fact that the likely undercount will mean that the count of California’s population will likely be lower than it otherwise would be if non-citizen residents were counted or discouraged from participating in the Census because of the citizenship question. This will impact not just representation in Congress but also the allocation of funding under a wide variety of Federal spending programs.

The second count is based on the Administrative Procedure Act, which sets forth the steps that Executive Branch departments and agencies must follow in adopting or repealing regulations. This act has been the basis of several lawsuits that have been filed against Trump Administration actions, as well as several lawsuits that were filed by conservative-leaning states against Obama Era regulatory efforts. In this portion of the lawsuit, California alleges that the Department of Commerce, which operates the Census Bureau, failed to comply with the provisions of the APA that require agencies to allow for a notice and comment period for new regulations or proposals to repeal regulations and that, therefore, the announced policy cannot be implemented since the Administration failed to comply with the law. This argument has been used successfully a number of times in the past against both President Obama and President Trump, and it’s almost always been successful in those situations, such as this one, where it’s clear that the relevant agency did not comply with the APA’s requirements. Given that, one is left to wonder why the agencies in question don’t simply comply with the law when its clear that failure to do so makes it that much easier for a Judge to side with parties seeking to block enforcement of the proposed regulation.

California’s decision to sue came on the same day that several other Democratic-leaning states announced there intention to do so as well. Whether they end up joining in California’s suit, or file actions of their own, remains to be seen. It also comes as the ranking Democrat on the House Oversight Committee is calling for hearings on the citizenship question’s presence in the 2020 Census questionnaire. Additionally, the White House attempted to defend the action, but fell on its face:

The White House on Tuesday defended its decision to include a citizenship question on the 2020 census, a shift that has drawn sharp criticism and lawsuits from Democrats.

“This is a question that’s been included in every census since 1965, with the exception of 2010, when it was removed,” White House spokeswoman Sarah Huckabee Sanders said Tuesday.

“We’ve contained this question that provides data that is necessary for the Department of Justice to protect voters and specifically help us better comply with the Voting Rights Act.”

The official census, sent to every American once every decade, hasn’t included the question since 1950. However, it has been a question listed on other census surveys, such as the American Community Survey, which is regularly sent to households throughout the year.

No doubt the right will defend this action. As a matter of law, though, it appears that there’s a good argument that the Department of Commerce’s action is on shaky legal ground. We shall see what comes out of this court action in the months ahead.

Update: The New York Times reports that at least twelve other states are expected to file suit against the Trump Administration over the Census questionnaire.