Critics warn this move would lead to a drastic undercount of Hispanic voters, impacting Congressional districting, federal programs, and more. 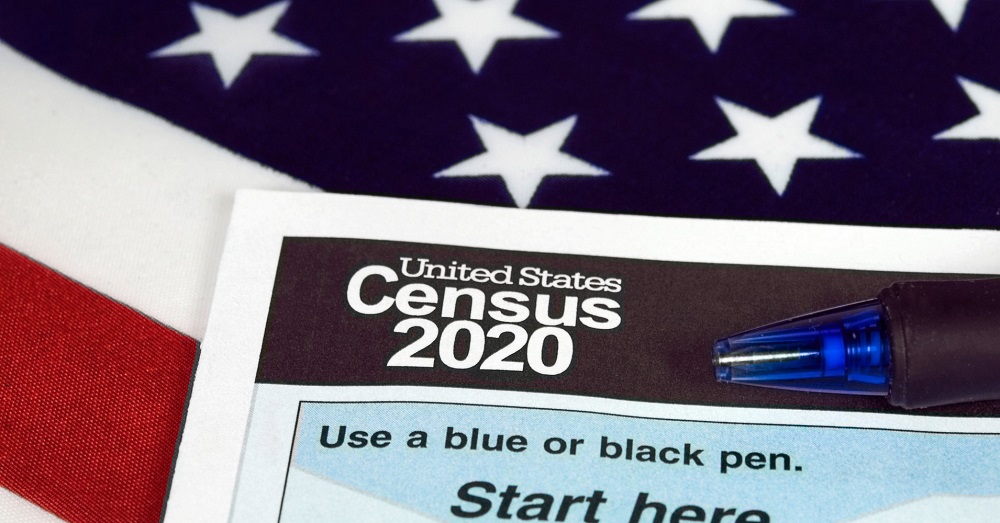 U.S. Department of Commerce Announces Reinstatement of Citizenship Question to the 2020 Decennial Census

Today, the U.S. Department of Commerce announced that a question on citizenship status will be reinstated to the 2020 decennial census questionnaire to help enforce the Voting Rights Act (VRA). Secretary Ross’s decision follows a request by the Department of Justice (DOJ) to add a question on citizenship status to the 2020 decennial census.

Please click HERE to view the memorandum directing the Census Bureau to reinstate a question on citizenship to the 2020 decennial census.

On December 12, 2017, DOJ requested that the Census Bureau reinstate a citizenship question on the decennial census to provide census block level citizenship voting age population (CVAP) data that is not currently available from government surveys. DOJ and the courts use CVAP data for the enforcement of Section 2 of the VRA, which protects minority voting rights.

Having citizenship data at the census block level will permit more effective enforcement of the VRA, and Secretary Ross determined that obtaining complete and accurate information to meet this legitimate government purpose outweighed the limited potential adverse impacts.

Congress delegated to the Secretary of Commerce the authority to determine questions to be asked on the decennial census. The Census Act requires the list of decennial census questions be submitted to Congress no later than March 31, 2018.

Following receipt of the DOJ request, the Department of Commerce immediately initiated a comprehensive review process led by the Census Bureau, prioritizing the goal of obtaining complete and accurate data.

After a thorough review of the legal, program, and policy considerations, as well as numerous discussions with Census Bureau leadership, Members of Congress, and interested stakeholders, Secretary Ross has determined that reinstatement of a citizenship question on the 2020 decennial census questionnaire is necessary to provide complete and accurate census block level data.

Issuing the memo that far outside the normal workday and well after the nightly newscasts strikes me as odd—as does the fact that the question hasn’t been asked in seven decades. The move is indeed controversial.

NYT (“Despite Concerns, Census Will Ask Respondents if They Are U.S. Citizens“):

The 2020 census will ask respondents whether they are United States citizens, the Commerce Department announced Monday night, agreeing to a Trump administration request with highly charged political and social implications that many officials feared would result in a substantial undercount.

But his decision immediately invited a legal challenge: Xavier Becerra, California’s attorney general, plans to sue the Trump administration over the decision, a spokeswoman for Mr. Becerra said late Monday.

Critics of the change and experts in the Census Bureau itself have said that, amid a fiery immigration debate, the inclusion of a citizenship question could prompt immigrants who are in the country illegally not to respond. That would result in a severe undercount of the population — and, in turn, faulty data for government agencies and outside groups that rely on the census. The effects would also bleed into the redistricting of the House and state legislatures in the next decade.

“The census numbers provide the backbone for planning how our communities can grow and thrive in the coming decade,” said Mr. Becerra. “What the Trump administration is requesting is not just alarming, it is an unconstitutional attempt to discourage an accurate census count.”

Others argued that an undercount in regions with high immigrant populations would lead not only to unreliable data but also to unfair redistricting, to the benefit of Republicans.

“Adding this question will result in a bad census — deeply flawed population data that will skew public and private sector decisions to ensure equal representation, allocate government resources and anticipate economic growth opportunities — for the next 10 years,” Vanita Gupta, the chief executive of the Leadership Conference on Civil and Human Rights and a deputy attorney general in the Obama administration, said in a statement Monday night. “The stakes are too high to allow this. We urge Congress to overturn this error in judgment.”

“We will litigate to stop the Administration from moving forward with this irresponsible decision,” said Holder, who is now chairman of the National Democratic Redistricting Committee. “The addition of a citizenship question to the census questionnaire is a direct attack on our representative democracy.”

In a letter discussing the decision, Commerce Secretary Wilbur Ross said he took a “hard look” at the Department of Justice’s request as part of a review that included an examination of any possible legal issues associated with asking about citizenship. The secretary said the department also reviewed concerns about lower participation due to inclusion of the question, but ultimately was not swayed by the arguments.

Becerra and Alex Padilla apparently got an advance copy of the announcement, as they had an op-ed denouncing it (“Citizenship question on 2020 census may result in undercount“) in the San Francisco Chronicle minutes before the official release.

Vital services such as these would be jeopardized and our voice in government diminished if the U.S. Census Bureau’s 2020 count resulted in an undercount. Beyond its constitutional role in redistricting, a proper count conducted by the U.S. Census Bureau shapes our everyday lives. If the bureau is ill-prepared for the job or a count is faulty, every state, every neighborhood, faces the risk of losing its fair share of federal funding for its people and its taxpayers.

Every 10 years, the bureau must count each person in our country — whether citizen or noncitizen — “once, only once, and in the right place.”

The Trump administration is threatening to derail the integrity of the census by seeking to add a question relating to citizenship to the 2020 census questionnaire. Innocuous at first blush, its effect would be truly insidious. It would discourage noncitizens and their citizen family members from responding to the census, resulting in a less accurate population count.

Including a citizenship question on the 2020 census is not just a bad idea — it is illegal.

They actually provide no argument as to on what basis doing something that was done for a century is “illegal.” Has the Supreme Court ruled it unconstitutional? Does the Voting Rights Act or some other legislation prohibit it? They don’t say. But, certainly, given that President Trump got elected railing against illegal aliens and then spent considerable energy issuing illegal executive orders banning immigrants on the basis of national origin, the presumption that this is being done for other than the purposes alleged in the memo is reasonable.

Since the first day of his presidential campaign and through his first year in office, President Trump has targeted immigrants: vilifying them and attempting to exclude them from the country. Think travel bans, repeal of Deferred Action for Childhood Arrivals, ramped up Immigration and Customs Enforcement raids that tear parents away from their children. Immigrants and their loved ones understandably are, and will be, concerned about how data collected in the 2020 Census will be used.

California, with its large immigrant communities, would be disproportionately harmed by depressed participation in the 2020 census. An undercount would threaten at least one of California’s seats in the House of Representatives (and, by extension, an elector in the electoral college.) It would deprive California and its cities and counties of their fair share of billions of dollars in federal funds.

These concerns are real and they are bipartisan. The past four census directors, who served under both Republican and Democratic presidents, have all publicly voiced opposition to a citizenship question based on the certain consequence of an undercount. These concerns affect red states and blue states alike.

I don’t think there’s much question that, even in ordinary times, asking people to admit to violations of the law would lessen the likelihood of response. That’s exponentially truer under a Trump administration that has ostentatiously arrested longtime residents, including veterans who have served multiple tours in America’s wars, for violations of immigration law.

UPDATE:  Author Edward McClelland, wrote an op-ed for WaPo (“I’ve been a census enumerator. Asking about citizenship is a terrible idea.“) back in January. He claims:

As someone who worked as an enumerator in one of the most immigrant-heavy neighborhoods in the United States, I can tell you that asking respondents about their citizenship will make the next census both less accurate and more expensive. It would have made my work more difficult and time-consuming. Enumerators will have to ask about citizenship, as well as hunt down and gain the cooperation of people who didn’t return forms in part specifically because they didn’t want to answer that question.

For an enumerator, gaining the trust of the people behind the doors — many of them strangers in this country, at least in census tracts like the ones where I worked — is what makes the rest of the job possible. During training, my supervisor made it clear that none of the information we collected would be reported to law enforcement, an assurance I passed on to several nervous interviewees. Our job was to count everyone in the country, no matter why they were here. The fact that the Census Bureau is an arm of the federal government already depresses numbers in immigrant neighborhoods. (One estimate from 2010 suggested that young Latinos were undercounted by 7.1 percent, compared with 4.3 percent for young non-Latinos.) Although all Chicago wards are supposed to contain the same number of residents, one alderman who represents a Mexican American neighborhood is convinced that his is the most populous because it generates the most garbage. If the Census Bureau starts sniffing around for citizenship status, those numbers could be drop even more — especially because the question will be coming from a government run by a president who ran on an anti-immigrant, nativist platform. (According to the American Community Survey, which the Census Bureau uses to estimate citizenship rates, a third of Rogers Park residents are noncitizens. Nationwide, the figure is 7 percent. So our neighborhood would be at a huge disadvantage if immigrants are discouraged from responding to the 2020 census.)

Steve Jost, the Census Bureau’s chief strategist for data dissemination in 2010, told Pro Publica that he believes a citizenship question will discourage participation. “People are not going to come out to be counted because they’re going to be fearful the information would be used for negative purposes,” Jost said. “This line about enforcing voting rights is a new and scary twist.”

In a Sept. 17 memo, Census Bureau staffers reported a rise “in respondents spontaneously expressing concerns about confidentiality in some of our pretesting studies” since Trump took office, the New York Times reported. “[R]esearchers heard respondents express new concerns about topics like the ‘Muslim ban,’ discomfort ‘registering’ other household members by reporting their demographic characteristics, the dissolution of the ‘DACA’ (Deferred Action for Childhood Arrival) program, repeated references to Immigration and Customs Enforcement (ICE), etc.

“Respondents reported being told by community leaders not to open the door without a warrant signed by a judge. … Researchers observed respondents falsifying names, dates of birth, and other information on household rosters.”

Participation is, of course, mandatory. But it’s reasonable to presume Hispanics, Muslims, and others who feel targeted by this administration would be less likely to voluntarily comply.