Yet more troubling news about the proposed citizenship question on the 2020 Census. 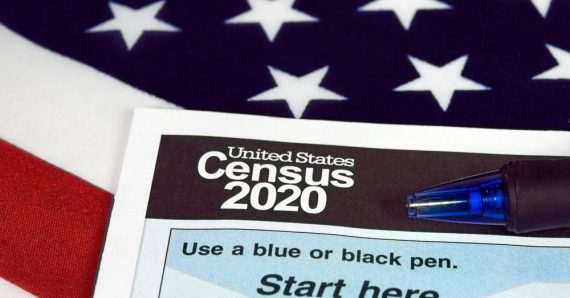 The Wall Street Journal is reporting that the Trump Administration is considering using responses to the planned citizenship question it wants to place on the 2020 Census to cross check with other data, presumably in an effort to check to see if people are being truthful in their responses:

The Trump administration, anticipating millions may avoid answering the citizenship question it has added to the 2020 census, plans to mine immigration, Social Security and other state and federal records to check accuracy, and perhaps even change answers.

“At my direction the Census Bureau is working to obtain as many additional federal and state administrative records as possible to provide more comprehensive information for the population,” Mr. Ross wrote.

The change could lead to costly and cumbersome cross-checking and to new questions about the accuracy of the census, a tool used to draw congressional districts and apportion government spending on program

Mr. Ross’s order to add the citizenship question late in the census-preparation cycle prompted opposition from immigrant and minority groups, as well as business and research groups. Eighteen states and the District of Columbia have sued to block the move. They fear that the citizenship question will prompt immigrants to shun the census. That could drive up its cost and lower its accuracy by increasing the need for census workers who must follow up in person.

In the past, if multiple mailings and visits to a home didn’t produce a complete census form, workers filled in blanks based on responses from previous surveys or a statistical formula that borrowed information from similar people in similar households nearby.

Workers haven’t previously used other government records to correct census responses—a change that introduces new layers of complexity to what is already a sprawling government undertaking. What the process might be if records suggest a household’s form is inaccurate has yet to be written.

Mr. Ross left the choice of whether to use other government records to fill in blanks or correct census responses up to the bureau, but he said that neither the citizenship question nor government data alone seemed likely to be accurate enough to fulfill a request by the Justice Department to help it enforce the Voting Rights Act.

It has asked for voting-age citizenship status totals for 11 million areas called census blocks, which in cities are typically a street block. An accurate count of where minority voters live could provide evidence of illegal “vote dilution,” where districts are designed to prevent such groups from forming majorities, the Justice Department wrote in December.

Mr. Ross said asking the question and cross-checking answers “will permit the Census Bureau to determine the inaccurate response rate for citizens and noncitizens alike using the entire population.”The use by the Census Bureau of other government records isn’t by itself novel. The bureau has long used government records to help with census operations, mostly to lessen its workload or keep its address list current. For 2020, it is testing a plan to use data from the U.S. Postal Service to help determine if a home is vacant, precluding multiple visits by census workers. It also will use government records to count people living in some homes who don’t respond to the census.

But the bureau has shied from using government records to change census responses because of the difficulty of making accurate matches and the intense scrutiny focused on the census.

Terri Ann Lowenthal, a private consultant on census-related issues based in Stamford, Conn., questioned how useful such records would be. She said administrative records often don’t adequately cover the undocumented population, and that such records could be out of date by the time respondents answer the 2020 questionnaire.

“I fear that the secretary’s directive will just add an additional element of uncertainty and chaos into what is already a challenging environment,” she said.

Left uncertain in this report is the question of what exactly the purpose of this cross-checking might be and how the information might be used. Under the law, Census data is supposed to be confidential for a period of seventy (70) years and even then the kind of data that can be released is limited. The only exceptions to this general rule are certain instances where the Bureau is permitted to share some data with certain other government agencies provided that the data is stripped of any personal identifying information. Exactly how those provisions of the law are going to square with any effort to use data from other government agencies to determine the accuracy of census responses is unclear from the information that’s been provided, but based on how the law reads it seems clear that sharing data with other agencies except in the limited cases permitted by law would be problematic at best.

The other question that an announcement like this raises, of course, is whether answers to the Census citizenship question might potentially be used against respondents. As far as the law is concerned, the answer to that question is that it won’t Many of these privacy protections can be found in 13 USC § 9, which also states that census data cannot be used in any court proceeding against an individual without their consent. At least theoretically, this would mean that responses to the citizenship question could not be used in deportation proceedings or other legal matters. It’s worth noting, though, that there is at least one notable example of Census data being used against individuals, and it happened during what is one of the most odious and detestable actions ever undertaken by the United States Government:

The Census Bureau plans to ask people if they are U.S. citizens in the 2020 count of the nation’s population, igniting fears that the information could be used to target those in the country illegally.

Census officials said the question is being reinstated for the first time since 1950 to help enforce the Voting Rights Act and that there are safeguards in place to prevent any abuse of the information. It is illegal to release information that would identify individuals or families.

But that does not mean that census data has not been used to target specific populations in the past.

In fact, information from the 1940 Census was secretly used in one of the worst violations of constitutional rights in U.S. history: the internment of Japanese Americans during World War II.

In papers presented in 2000 and 2007, historian Margo J. Anderson of the University of Wisconsin at Milwaukee and statistician William Seltzer of Fordham University found evidence that census officials cooperated with the government, providing data to target Japanese Americans.

The Japanese American community had long suspected the Census Bureau of playing a role in the push to banish 120,000 Japanese Americans, mostly living on the West Coast, into nearly a dozen internment camps after the bombing of Pearl Harbor on Dec. 7, 1941, according to former commerce secretary Norman Mineta.

According to Anderson and Seltzer, the Federal Bureau of Investigation and military intelligence agencies began pushing in late 1939 to relax census confidentiality rules in the hope of accessing data on individuals. But the effort was opposed by Census Bureau Director William Lane Austin.

After the 1940 presidential election, however, Austin was forced to retire. He was replaced by J.C. Capt, who backed efforts to remove confidentiality provisions. Capt’s efforts helped clear the way for other agencies to access the information on Japanese Americans.

In 2000, Anderson and Seltzer found documents that showed officials with the Census Bureau had provided block-level information of where those of Japanese ancestry were living in California, Arizona, Wyoming, Colorado, Utah, Idaho and Arkansas.

The revelations prompted Kenneth Prewitt, then director of the U.S. Census Bureau, to issue a public apology. Prewitt wrote: “The historical record is clear that senior Census Bureau staff proactively cooperated with the internment, and that census tabulations were directly implicated in the denial of civil rights to citizens of the United States who happened also to be of Japanese ancestry.”

Anderson and Seltzer, however, weren’t finished. They suspected that despite the bureau’s denials, it had also released “microdata” — information about individuals, including names and addresses.

In 2007, they found proof, uncovering documents that showed Census Bureau officials provided names and addresses of individuals of Japanese ancestry in Washington, D.C.

While the Census Bureau had no such record, the pair found the information in records kept by the chief clerk of the Commerce Department. Under the Second War Powers Act, which suspended the confidentiality protections for census data, the chief clerk had the authority to release census data to other agencies. That meant while the information released was not illegal, it was ethically questionable, the researchers said.

Census Bureau officials maintain that there are protections in place to protect individuals who take part in the 2020 Census and emphasized that information cannot be shared with any other agencies, including Immigration and Customs Enforcement, the Federal Bureau of Investigation, the Central Intelligence Agency or any other government agency. A 1954 law prohibits Census employees from sharing information. Those who break the law can be fined up to $250,000 and could face five years in prison.

“Census responses are safe, secure and protected by federal law,” said a spokesman for the Census Bureau. “Answers can only be used to produce statistics. Individual records are not shared with anyone, including federal agencies and law enforcement entities.”

Even so, that is not enough assurance for some, who cite a series of statements made by the Trump administration.

“Just the nature of this administration makes people that much more wary about what they might be asking about,” said Mineta, the former commerce secretary. “I don’t think there’s much confidence in the ability of this administration to have any credibility in terms of protecting privacy issues. For them that’s just a fishing license. It’s ‘I’m the government, and I should be able to go anywhere.’ “

All of this makes the objections that critics of adding the citizenship question to the Census questionnaire seem all the more palpable. As the lawsuits that have been filed in this matter by California and a group of states and localities led by New York state, putting this question on the form raises obvious concerns about how their responses will be used and whether it might be used against them in the future. Because of this fear, it’s likely that members of minority groups will decline to cooperate with the Census, thus meaning that the Census will fail to fulfill its intended purpose of providing an accurate count of the population of the United States. The news that some of the citizenship data might be shared with other agencies is only likely to give more weight to these fears. Even if they are unfounded, it’s no doubt the case that many people will play it safe and do their best to evade cooperation with the Census.

As I’ve stated before, the Census has a single purpose; to provide an accurate count of the population of the United States for the purposes of Congressional apportionment and redistricting and, in turn, the allocation of Electoral Votes in future Presidential election. Anything about the survey that makes cooperation less likely ought to be avoided as much as possible. This citizenship question, while it possibly should remain on the American Community Survey that the Census Burea sends out to randomly selected households in the years between the decennial Census it should play no role in the Census itself.

FILED UNDER: Borders and Immigration, US Politics, 2020 Census