New York and nearly two dozen other jurisdictions have filed a lawsuit seeking to bar the Trump Administration from asking about citizenship in the 2020 Census. 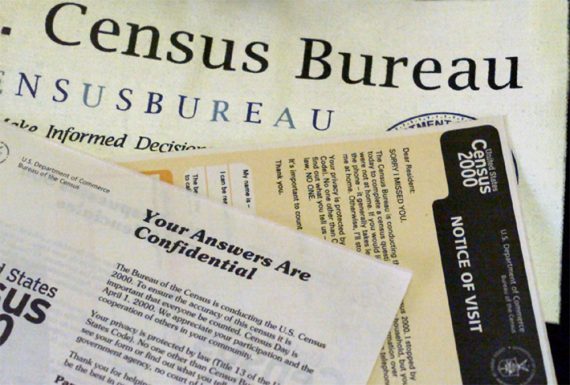 Last week, the Census Bureau announced that it would include a question regarding citizenship in the questionnaire that will be sent to every American household as part of the 2020 Census. That decision immediately came under fire from many critics who contended that the question would lead to reduced compliance with the required population count that the Census is intended to accomplish due to the fact that it would lead immigrants, legal and otherwise, would be less inclined to respond to the questionnaire or cooperate with Census takers, thus leading to an inaccurate count that would impact a number of states. One of those states, California, filed a lawsuit seeking to block the Census Bureau from including the question within hours after the decision was announced and, today, that suit was joined by one filed on the other side of the country by New York, seventeen other states, and several major cities:

New York Attorney General Eric Schneiderman (D) filed a federal lawsuit on Tuesday aimed at blocking the Trump administration from adding a question about citizenship to the 2020 census, saying such a question violates the U.S. Constitution’s mandate to count all persons.

The suit was filed on behalf of 18 states, six cities and the U.S. Conference of Mayors. It comes a little over a week after the Commerce Department, which oversees the Census Bureau, announced it would add the question. Schneiderman said the decision to add a citizenship question “blatantly” undermined the Constitution’s mandate to count all people.

“The prospect of someone saying, ‘I am from the Trump administration’ knocking on your door to ask a question about citizenship would understandably provoke real fear,” Schneiderman said during a Tuesday press conference, flanked by members of New York’s congressional delegation.

The numbers from the census are used to determine how many seats each state gets in Congress as well as how hundreds of billions of dollars in federal funds are allocated. Democratic members of New York’s congressional delegation said Tuesday that the decision to add a citizenship question was an attack on states, like New York, with high immigrant populations in an attempt to cut their congressional representation and share of federal funding.

“It is being added to harm states and cities like New York both politically and financially,” said Rep. Carolyn Maloney (D-N.Y.). “We are being unfairly targeted because we have large, diverse immigrant populations which we welcome and support.”

Civil rights groups voiced loud opposition to adding the question, noting that the bureau has not tested the question and that immigrant groups will be afraid to respond out of fear about their immigration status. In September, census researchers reported they were already seeing an unprecedented amount of concern about the confidentiality of census responses amid the Trump administration’s harsh immigration rhetoric and policies.

The census already asks Americans about their citizenship as part of the American Community Survey, a smaller annual survey that goes out to about 3 million people. The Department of Justice asked the Commerce Department to add a citizenship question to the 2020 census, saying it needed better information to better enforce Section 2 the Voting Rights Act, the landmark 1965 law designed to protect the voting power of minorities. Section 2 prohibits discriminatory voting practices.

Although longer in length and more detailed due in large part to the number of Plaintiffs involved in the case, this Complaint sets forth basically the same arguments that California asserts in its lawsuit.

In the first part of the Complaint, the Plaintiffs argue that including the citizenship question in the Census, the Federal Government would essentially be defeating the primary purpose of the Census itself. That purpose is set forth in Article I, Section Two, Clause 3 of the Constitution which requires an “actual Enumeration” of the residents in each state primarily for the purpose of apportionment of Congressional Districts. In turn, this apportionment is used to determine the number of Electoral Votes that each state will have in Presidential elections from the time of apportionment going forward, which in this case would mean for Presidential elections beginning in 2024. As a preliminary matter, it is important to note that the clause in question makes no distinction between citizens, legal residents, and undocumented immigrants. This is similarly true of those provisions of the United States Code that deal with conducting the Census. This makes sense given the fact that the entire purpose of the Census is to establish the actual population of each state and the United States as a whole. This means counting everyone regardless of their citizenship or immigration status. Given that, there is quite simply no reason to include a question regarding citizenship in the Census questionnaire at all.

As California does, the Plaintiffs argue that including the question violates this portion of the Constitution because it will likely impede the intent of the clause by making it less likely that immigrants specifically and Latino-Americans generally will cooperate with the Census for fear that the information they provide could end up being used against them. This likely undercount, the Plaintiffs argue, will cause them damage not only due to the potential impact it could have on the number of Representatives and Electoral Votes are assigned to them via reapportionment, but also due to the fact that the Census population numbers are used to determine funding levels for a wide variety of Federal programs ranging including housing programs, education funding, and other programs. Be

Additionally, the Plaintiffs allege that the Commerce Department, which oversees the Census Bureau, violated the Administrative Procedure Act in setting forth the regulations authorizing the inclusion of the citizenship question. As I’ve explained in the past, the APA sets forth the steps that Executive Branch departments and agencies must follow when they adopt new regulations or repeal existing regulations. At its core, the law requires a notice and comment period prior to the adoption of these regulations and more generally requires that the new regulation or repeal be supported by some level of objective evidence.  During the Obama Administration, the APA law was used by Texas and several conservative states as part of the basis for their claims against various regulations such as the DACA program and a related immigration relief program called DAPA that provided DACA-like relief to the parents of American citizen children. The APA has also been part of the basis for lawsuits against several Trump Administration policies such as the Muslim Travel Ban, the President’s order to bar transgender troops from the military, the Administration’s efforts to repeal DACA, and others. In many of those cases, the argument has been successful because it was self-evident that the relevant agency did not properly follow the APA when it adopted the relevant regulations. As I’ve stated in the past, given that fact it’s somewhat puzzling why the relevant agencies have not simply complied with the notice and comment provisions of the act at the very least.

In any case, except with respect to the claims made pursuant to the APA the claims raised in this lawsuit are in many cases questions of first impression that Federal Courts have not had to deal with in the past. For that reason, it’s difficult if not impossible to predict this early in the litigation how a court is likely to rule on the claims dealing specifically with the Census itself. At the very least, it seems clear that the states bringing these actions have at least alleged sufficient facts to establish that they have standing to bring the underlying claims given the extent to which they could be damaged if there were indeed an undercount in the Census. At the same time, though, there’s a good argument to be made that these arguments are premature or that the evidence that including the citizenship question would decrease response rates is entirely hypothetical. Given that, the Federal Government is likely to argue that the Constitutional claims are, at best, premature. In any case, it’s likely that both of these claims will be heavily litigated, and it will be interesting to see how the courts handle the question being presented to them.