The I've Got You Babe Edition OTB Caption ContestTM is now over.

The I’ve Got You Babe Edition OTB Caption ContestTM is now over. 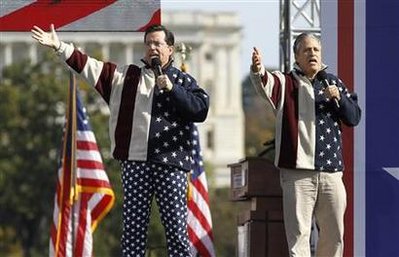 First: charles austin – I have a scheme!

Third: john personna – Someone didn’t get the pants memo.

John Burgess – Reason #358 for why my enthusiasm is flagging.

Tom Knighton – “O’er the land…of the free, and the home…of the…tools” (I thought it was ‘the home of depraved’ – rodney)

Maggie Mama – Gee, the only Stooge missing was Bill Maher.

JazzShaw – Sadly, their calls for the return of Bush 43 to office were constitutionally barred.

Robert W. Armijo – “Hello, America! We are the Festrunk brothers, Jorge and Yortuk from Czechoslovakia. And together we make two wild and crazy guys!”

Chadzilla – Against all advice, New Line Cinema begins filming of Dumb & Dumber 3: The End of Civilization

…and we live in a van down by the river.

The Monday Contest is ready to take a bow… again…. 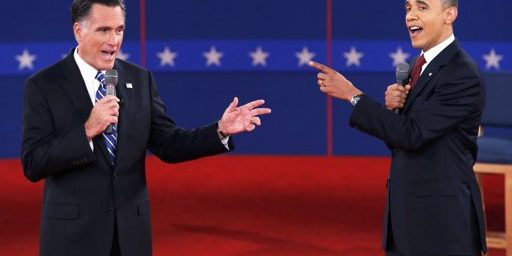