The Dahmer and Dahmerer Edition OTB Caption ContestTM is now over.

The Captions were as strange as I had anticipated they would be. 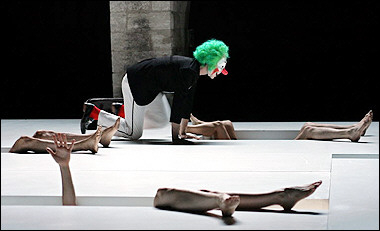 First: McGehee – “Wow, I think that last pie had a little too much meringue.”

Second : T. Harris – Bubba the Clown euphorically plays a round of his favorite game: Round peg, square hole.

Third: mog – Just what do you think you’re doing, Dave?

charles austin – O.J. (in a brilliant costume) gets ever nearer the real killer.

Elisson – Emmett Schwartz prepares for his Mimesweeping final at the Colorado School of Mimes.

Laurence Simon – Now you know why the guys from Magen David Adom keep saying “Those g-ddamned clowns from Zaka!”

We’re All Bozos On This Bus Award

Bithead – Drink Me!
Smoke ME!

The Tel Aviv rendition of that ever popular Gaza Strip Blockbuster – Have Yassin me?

John Roberts had passed just about every litmus test until someone asked him about his dreams.

The new ballots were easier to read, but it was now a much messier job cleaning out he hanging Chads. 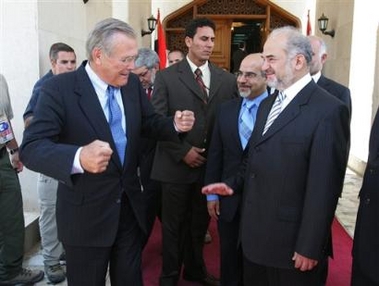