A census worker was found hanged in Kentucky in a bizarre and grisly case.

When Bill Sparkman told retired trooper Gilbert Acciardo that he was going door-to-door collecting census data in rural Kentucky, the former cop drew on years of experience for a warning: “Be careful.”  The 51-year-old Sparkman was found this month hanged from a tree near a Kentucky cemetery with the word “fed” scrawled on his chest, a law enforcement official said Wednesday, and the FBI is investigating whether he was a victim of anti-government sentiment.

“Even though he was with the Census Bureau, sometimes people can view someone with any government agency as ‘the government.’ I just was afraid that he might meet the wrong character along the way up there,” said Acciardo, who directs an after-school program at an elementary school where Sparkman was a frequent substitute teacher.

The Census Bureau has suspended door-to-door interviews in rural Clay County, where the body was found, until the investigation is complete, an official said.

The law enforcement official, who was not authorized to discuss the case and requested anonymity, did not say what type of instrument was used to write the word on the chest of Sparkman, who was supplementing his income doing Census field work. He was found Sept. 12 in a remote patch of Daniel Boone National Forest and an autopsy report is pending.

FBI spokesman David Beyer said the bureau is assisting state police and declined to discuss any details of the crime scene. Agents are trying to determine if foul play was involved and whether it had anything to do with Sparkman’s job as Census worker, Beyer said. Attacking a federal worker during or because of his federal job is a federal crime.  Lucindia Scurry-Johnson, assistant director of the Census Bureau’s southern office in Charlotte, N.C., said law enforcement officers have told the agency the matter is “an apparent homicide” but nothing else.

Given the stereotypes about rural Kentucky, this will fuel all manner of speculation.  One presumes it was indeed a homicide and motivated by anti-government sentiment. But, really, we don’t know. UPDATE: No more news on the investigation but Andrew Sullivan found an old news clip indicating that Sparkman was a cancer survivor who just finished his education degree last year.

When Bill Sparkman earned his teaching degree in February, it wasn’t the usual walk down the aisle to pick up the onion skin. Instead, Sparkman stood in front of his fellow classmates and told his story. What with going back to school at the age of 47, surviving cancer mid-degree and driving through a blizzard to get to the commencement ceremony, Sparkman’s story had the makings of a movie.

In 1993, Sparkman moved to Laurel County as part of an assignment for his job with the Boy Scouts of America. Shortly after arriving, he became a volunteer at Johnson Elementary.  “When I moved here, my son was about to enter elementary school,” he said. “He was having some difficulties.”  Sparkman enjoyed the volunteering and quickly became interested in education. He was eventually offered a position as an instructional assistant, which he accepted.

“For the nine years I did it, I loved it,” he said. “But there were some instructional assistants going back to get their degree to teach.” Sparkman wanted to do the same but, being a single parent to son Josh, he didn’t think it would be possible.  “If I went to school at night, it would take me forever,” he said. “I also knew that I would have to student teach. I wouldn’t have any income for two or three months.”

In 2004, Sparkman discovered Utah-based Western Governor’s University, an online college that would enable him to study from home. In January 2005, Sparkman took on a part-time position with the U.S. Census Bureau.

Andrew concludes “suicide is unlikely” and I concur. He continues, “at some point, unhinged hostility to the federal government, whipped up by the Becks, can become violence.” Which is, of course, true even absent the Becks. And it’s a real possibility that we have an anti-government zealot here. Or a moonshiner or pot grower that Sparkman happened to stumble upon. Or any number of other things. “It’s a tragedy. Our hearts and our thoughts and prayers go out to the family of this worker,” Office of Personnel Management Director John Berry said Thursday morning. He has spoken frequently about the denigration of federal employees. “I’m going to be closely following this law enforcement action. If this is an attack on a federal employee, I can assure you that no resources will be spared to find the perpetrators,” Berry said. “We cannot tolerate essentially domestic terrorism, if that is what this is. But until we understand the law enforcement investigation, we don’t know.”

“It’s also a reality for many categories of federal workers so we take any threat of violence seriously,” he said.

UPDATE: TPM’s Zachary Roth points to and ABC News report that confirms I’m not the only one speculating in the direction of drugs:

Investigators are saying little about the crime, but some people wonder if his death in the remote part of southeastern Kentucky known for its meth labs and hidden marijuana fields had less to do with his job than simply being in the wrong place at the wrong time. 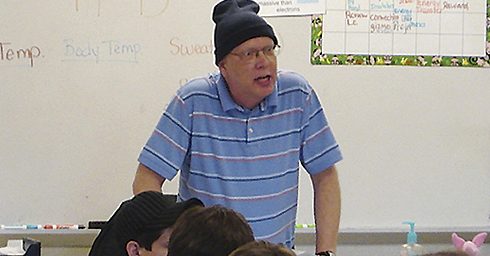