Remember the bizarre case of Bill Sparkman, the census worker found hanging from a tree in Kentucky with the letters FED scrawled on his chest?  Remember the media frenzy about crazy Southerners and their hatred of the federal government?  At the time, I cautioned against jumping to conclusions, saying there could be any number of explanations.  I also agreed with Andrew Sullivan that suicide was unlikely given what we then knew about Sparkman.

Well, it turns out, the unlikely explanation was the right one. A Kentucky census worker found naked, bound with duct tape and hanging from a tree with “fed” scrawled on his chest killed himself but staged his death to make it look like a homicide, authorities said Tuesday.

Bill Sparkman, 51, was found strangled Sept. 12 with a rope around his neck near a cemetery in a heavily wooded area of the Daniel Boone National Forest in southeastern Kentucky. Authorities said his wrists were loosely bound, his glasses were taped to his head and he was gagged.

Kentucky State Police Capt. Lisa Rudzinski said an analysis found that “fed” was written “from the bottom up.” He was touching the ground, and to survive “all Mr. Sparkman had to do at any time was stand up,” she said. Authorities said Sparkman was not under the influence of any drugs or alcohol at the time of his death. His clothes were found in the bed of his nearby pickup. “Our investigation, based on evidence and witness testimony, has concluded that Mr. Sparkman died during an intentional, self-inflicted act that was staged to appear as a homicide,” Rudzinski said.

Authorities said Sparkman alone manipulated the suicide scene, which was so elaborate that a man who discovered the body was convinced Sparkman was murdered.

Rudzinski said Sparkman “told a credible witness that he planned to commit suicide and provided details on how and when.” Authorities wouldn’t say who Sparkman told of his plan, but said Sparkman talked about it a week before his suicide and the person did not take him seriously. He told the person he believed his lymphoma, which he had previously been treated for, had recurred, police said.

Sparkman also had recently taken out two accidental life insurance policies totaling $600,000 that would not pay out for suicide, authorities said. One policy was taken out in late 2008; the other in May. If Sparkman had been killed on the job, his family also would have been be eligible for up to $10,000 in death gratuity payments from the government.

Michelle Malkin wonders, “When will the Left retract the Kentucky census worker case smear against conservatives?”  Stacy McCain piles on:

But at least some on the Left are quickly getting the word out.  Zachary Roth at TPM writes, “Sparkman deliberately played on rural Kentucky’s reputation as a hotbed of anti-government sentiment to create the impression that he had been murdered because of his job.”  TLOOG’s Mark Thompson adds,

After all the speculation that the death of a census worker was fueled by anti-government extremismand how the Tea Party movement (whatever its faults) was a vanguard for a violent anti-government uprising, it now appears that the killing was a suicide made to look like a homicide so the man’s family could collect a substantial life insurance payout.  This is a saddening portrait of a deeply troubled man in deeply troubled times. It is not, however, evidence that anti-government activists are uniquely violent.

When information is scant, we tend to fill in the gaps based on our prejudices about how the world works.  On the whole, it’s a completely reasonable thing to do.  Indeed, the nature of wisdom is the ability to extrapolate from what we’ve learned.   But sometimes jumping to conclusions bites you in the ass. 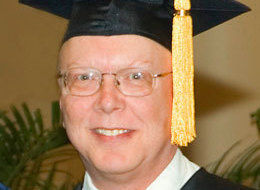