China's economic engine may be sputtering. 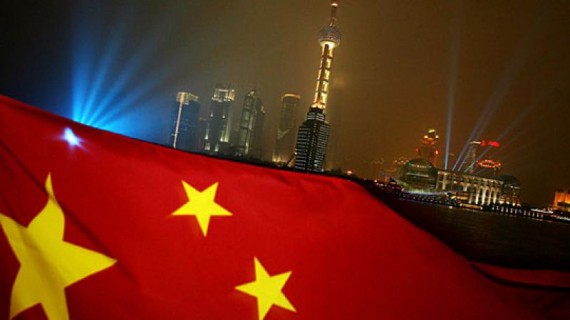 The New York Times takes note of several signs that seem to indicate that the fast-growing Chinese economy is cooling down significantly, which raises some interesting questions for China itself and for the rest of the world:

XI’AN, China — A nationwide real estate downturn, stalling exports and declining consumer confidence have produced what a Chinese cabinet adviser, quoted on the official government Web site on Thursday, characterized as a “sharp slowdown in the economy.”

Though the Chinese economy continues to expand, construction workers are losing jobs in droves and retail sales grew last month at the slowest pace in more than three years. Investments in fixed assets have increased more slowly this year than in any year since 2001.

The most striking feature of the slowdown is that it extends beyond the coastal provinces, which depend on exports and are closely linked to the global economy, to the country’s far more insular interior, including cities like Xi’an here in northwestern China.

A deepening slowdown would ripple across the world economy. Until now, China’s economy barreled ahead mostly unhindered as the main engine of global growth, even as Europe struggled with its government debt crisisand the United States limped along with a crippled housing market.

Government indexes show real estate prices are falling in more than half of the country’s top 70 urban markets, Xi’an among them. Standard & Poor’s Ratings Services and Moody’s each issued reports on Thursday warning that many of China’s real estate developers face a severe cash squeeze as apartment sales slow to a crawl. The developers still owe heavy interest payments on bank loans.

“Weak property developers in China are likely to face a test of their survival this year,” S.& P. said.

China’s economy was 8.1 percent larger in the first quarter of this year than a year earlier, but virtually all of that growth took place last year. The economy barely grew in the first quarter compared with the fourth quarter of 2011, and the second quarter of this year is likely to show even less growth from the preceding quarter, said Diana Choyleva, a China economist in the Hong Kong office of Lombard Street Research.

The World Bank also warned on Wednesday of a slowdown.

“Clearly the economy is much, much weaker than most people thought until recently,” Ms. Choyleva said. “They have a real mess on their hands.”

In some sense, contraction, or a cooling off period, was inevitable. China has been achieving near 10% GDP growth for several years now, and there have long been signs that  much of the growth we were seeing was moving far faster than the economy itself. Many months ago, for example, I took note of the phenomenon of Chinese “Ghost Cities,” entire cities in the middle of the vast nation that had been constructed even though there was nobody ready to move into them. If nothing else, that is the sign of an economy in the middle of a massive asset bubble that will have to pop at some point. In some ways, China today is not unlike the United States in the 19th Century when it comes to the vast economic growth the country is experiencing. As history shows us, of course, the United States suffered several financial collapses and economic downturns during this time period, most notably in there were financial panics in 1819, 1837, 1873, 1901, and 1907. While China in the 21st Century is different from the United States in the 19th in several important ways, there’s no reason to believe that they aren’t subject to the same business cycles we were back then, and the fact that most of China’s economy is still “planned” by the state makes it much more difficult for industry to respond easily to changes in the economy. So, if China is headed for a downturn, as it seems, that isn’t entirely surprising and, in the long run it may not be a bad thing either.

Of course, that’s the long term. In the short term, the consequences of a Chinese downturn could be painful indeed. Internationally, a slowing economy in China would mean less demand for finished goods and commodities (which may actually have the beneficial side effect of lower oil and gas prices at least temporarily). The pain would likely be felt more strongly in Europe, which is a major source of Chinese purchases of factory and luxury goods, and that wouldn’t be good news given that there are already signs that the European economy may be entering a period of contraction. The domestic impact could also be very interesting. China is in the middle of it’s once-a-decade major transfer of power and that process has already been much rockier than expected thanks to the odd scandals that have been brewing around former party official Bo Xilai. An economic downtown in the middle of this process, with the possibility of civil unrest, would make the job of whoever takes over in Beijing after this transition is over much more difficult, and any civil unrest may cause the government to crack down in a way that further damages the nation’s image in the world.

Perhaps this is just a hiccup along the way for the Chinese. Maybe they could avoid immediate worry by putting more money into infrastructure projects. But, you can only build so many Ghost Cities and bullet trains to nowhere before people look around and realize that life for the average Chinese person outside the coastal cities isn’t that much better than it was ten years ago. When that happens, that magnificent 8% growth rate may not mean much at all.