Civil Discourse on teh Internets?

Daniel Larison and Reihan Salan have an intelligent discussion on the Internet, managing to persuade each other!

Who says the Internet has destroyed civil conversation?  Why, every once in a blue moon, minds are even changed.

A few days back, Reihan Salam took to the The Daily Beast to defend Joe Barton’s infamous “shakedown” line.  An excerpt:

Shakedowns of this kind have a long and undistinguished history. And let’s acknowledge that they aren’t partisan, or even American, in nature. Republican presidents have engaged in similar tactics, like the so-called “voluntary restraint agreement” the Reagan administration reached with Japanese automobile exporters. During the westward expansion of the United States, the federal government “negotiated” with sovereign Indian nations in a similar spirit. European powers engaged in a truly extraordinary shakedown of China during the 19th century, forcing a then-vulnerable empire to accept the spread of opium and surrender treaty ports like Hong Kong. Resentment of the West lingers still.

Daniel Larison retorts that “This seems a bit overstated.”  Which, ironically, understates his own position.

Attacking the creation of this fund as somehow disreputable or comparable to grave, violent crimes not only shows a staggering disconnect with the views of most Americans, but it also hints at a bizarre favoritism for the interests of the economically powerful over people of modest and limited means. It is a favoritism that seems to have nothing to do with legitimate concerns about excessive or distorting government regulation or principled objections to unnecessary state interference in the marketplace. What exactly is the threat to orderly society here? This is not a case of a mob wielding torches and laying waste to BP’s corporate offices. It is not even a case of demagogic politicians imposing draconian penalties on the company.

What is worse is that Reihan is trying to advance this terrible argument by claiming that it is a matter of speaking up for the unsympathetic victim of injustice and inhumanity. Sometimes the despised are despised for good reason. That doesn’t mean that we abandon good judgment and reason and give in to ruthlessness, much less violence, but it does mean that we don’t complain that a culprit is being unfairly crucified when he offers to pay for his disastrous mistake.

Back at NRO, Salam concedes,

My column was uncharacteristically intemperate, and I fear my argument has been misunderstood. Rather than single out the Obama administration for blame, I was speaking to a human tendency to vilify outsiders. I get the impression that BP has been doing an impressively bad job of managing environmental as well as health and safety risks for a long time. But now, when this view is universally shared, I’m suspicious of get-tough tactics that short-circuit a deliberative process. This is all very abstract — more abstract than I’d like to be or than I ought to be.

He then goes on to explain what he was thinking more clearly and, importantly, to concede that there are aspects of the issue where he’s necessarily relying on conjecture and deduction.

Now that I have had some more time to think about it and have read his clarifications, I’m actually very sympathetic to what Reihan was trying to do. It is very similar to many of the foreign policy arguments I make on a regular basis, which are likewise contrarian and frequently misunderstood. It seems to me that the BP fund was a poor example to use in making what I see to be a very important point, which is that outrage is no substitute for good judgment and critical thinking and that the impulse to score quick, emotionally satisfying victories at expense of unsympathetic, relatively weaker parties frequently leads to terrible abuses and errors. That is something that should be kept in mind in every debate. It would certainly be very valuable when thinking about international relations and assessing the existence and significance of perceived threats.

There is also a need for arguments that challenge what everyone readily assumes to be true, and there should be much more caution against automatically agreeing with what “everyone knows.” As we have seen many times in the past, consensus views often enjoy broad support not because they are true or persuasive but because they are comforting and convenient. […] So I definitely don’t want to discourage skepticism and criticism of consensus views that rely on the vilification of outsiders and “others.” Reihan’s argument does not hold up that well in this case, but his instinct to challenge the prevailing view and not jump on the bandwagon remains a sound one.

And, of course, no discussion of this sort would be complete without Monty Python’s Argument Clinic: 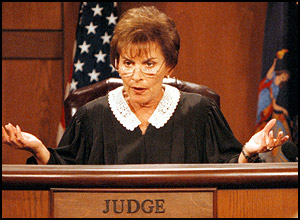 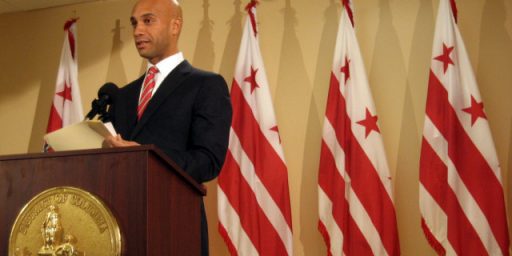