After an essentially pointless 35 day shutdown, some members of the House and Senate are proposing bills that would make government shutdowns impossible. 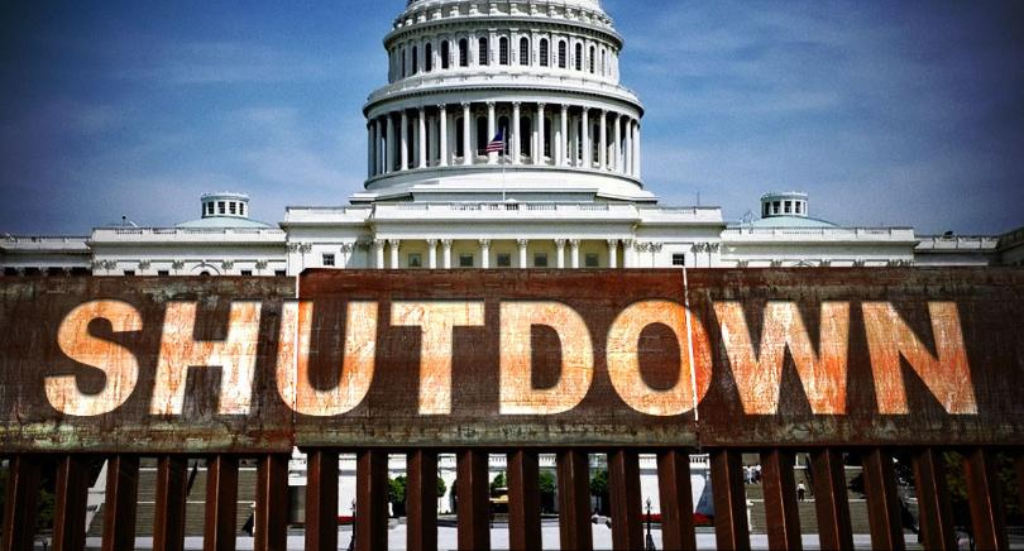 WASHINGTON — Was this the shutdown to end all shutdowns?

The answer could be yes. The toll exacted on government operations and federal employees by the record 35-day stalemate — not to mention the political costs to those in the White House and on Capitol Hill — was so punishing that it is giving momentum to a longstanding call to prohibit the government disruptions that have become a regular facet of Washington hardball.

“Shutting down the government should be as off limits in budget negotiations as chemical warfare is in real warfare,” Senator Lamar Alexander, Republican of Tennessee, said on Friday.

He was not alone in expressing those sentiments. Members of both parties said it was past time to enact legislation that would essentially mean the government would remain open at existing spending levels when an impasse such as the fight over the border wall was reached, rather than shuttering parts or all of the government. That’s an outcome that virtually everyone agrees is costly, unnecessary and even embarrassing.

“This never should have happened,” said Senator Lisa Murkowski, Republican of Alaska, speaking for many.

Veterans of past shutdowns have come to learn that there are few, if any, winners in the end and that closing the government has not proved effective as a negotiating strategy for those who use the government as a lever to press their case. It didn’t work for Newt Gingrich in the 1990s, for Senator Ted Cruz of Texas and House conservatives in 2013 or for Senator Chuck Schumer of New York and fellow Democrats in 2018.

Government workers are penalized through no fault of their own, constituents are inconvenienced, the nation’s image is hurt and those responsible for running the government look inept, irresponsible and unwilling to reach an accommodation. The tension in this shutdown was evident in the internal finger-pointing that broke out among Republicans as workers missed two paychecks and airports began to struggle with the absences of security workers and flight controllers.

“I’ve said repeatedly throughout this process that government shutdowns are a bad idea,” said Senator Rob Portman, Republican of Ohio. “They hurt federal employees and their families, disrupt critical government services and increase the cost to taxpayers. This shutdown confirmed what we already knew about shutdowns. Let’s do something about it now while the pain and inefficiency of this moment is fresh on our minds.”

Mr. Portman has for years sponsored legislation to prevent shutdowns, and he introduced the measure again this month as the government limped along partly closed and federal employees lined up for food assistance and other aid.

Under his plan, which has 18 co-sponsors and rising, funding at existing levels would continue for agencies covered by an appropriations measure that was not signed into law by the beginning of the fiscal year on Oct. 1, preventing any lapse that incites a shutdown. To spur a resolution, funding would be reduced by 1 percent after 120 days if no agreement is reached and by 1 percent more every 90 days.

“It is one of these moments where after many years of us trying to get something passed that ends the shutdown, I think there is support coalescing around a legislative response,” Mr. Portman said.

Senator Mark Warner, the Virginia Democrat whose state is home to tens of thousands of federal employees and contractors, introduced his own proposal, partly with the idea of shaming his colleagues and the Trump administration into avoiding such confrontations.

Searching for a bill title that would deliver the message, he and his staff came up with Stop Shutdowns Transferring Unnecessary Pain and Inflicting Damage in the Coming Years, otherwise known as the Stop Stupidity Act. In the event of funding showdowns, his approach would be to maintain spending for all but the legislative branch and the White House.

“The final language in any deal that comes out three weeks from now should put strong provisions and strong penalties in place to prevent this tactic from being used by either party or any White House or Congress in the future,” he said, a view shared by Senator Charles E. Grassley, Republican of Iowa.

“The final package should also end government shutdowns once and for all,” Mr. Grassley said.

In the House, Speaker Nancy Pelosi also welcomed the idea on Friday, saying in a meeting with news columnists that she wanted to explore the possibility of legislation that would serve as a shutdown prevention act.

As I explained in a post last week, it used to be the case that lapses in funding or the approval of appropriations bills did not lead to a government shutdown, but this changed in 1980 thanks to a legal opinion from President Carter’s Justice Department:

Prior to 1980, there were several occasions when the government fell short on passing a budget by the time required by law. During the Ford Administration, for example, there was funding lapse in 1976 that lasted 12 days. Under President Carter, there were a total of four funding lapses that lasted a total of 28 days over the course of four years. (Source) None of these lapses resulted in government shutdowns, though. Government workers continued to work and, as far as I have been able to determine continued to be paid, as did other Federal obligations. That changed in 1980 when President Carter asked his Justice Department for a legal opinion on this issue, which involved the interaction of two laws, the Budget Control Act of 1974 and the Anti-deficiency Act. The first law established the basic outlines of the budget and spending procedures that we have followed and made changes that were designed to address perceived abuses by the Nixon Administration when it came to allocating government spending. With some revisions unimportant to this discussion, this law continues to govern the budget process to this day. The second law, which has existed in one form or another since the late 19th Century, basically prohibits the Federal Government from spending money not specifically allocated. In that legal opinion, then-Attorney General Benjamin Civiletti determined that the two laws required that all Federal Government work must cease in the event of a shutdown and that no funds not specifically allocated could be paid, including salaries and payments to government contractors. In an updated opinion handed down later, Civiletti determined that government services deemed “essential” could continue, but workers covered under that category could not get paid until a funding bill was passed. (Sources here and here.)

All of this could be fixed by Congressional legislation such as that being proposed that would essentially return us to the pre-1980 status quo under which the government would continue to function at pre-existing spending levels until Congress and the President were able to agree to a new appropriations bill. As noted, the incentive to reach an agreement rather than simply coast along under pre-existing funding would be the provision that spending would be reduced by 1% across the board after pre-determined periods of time. These periods of time, at 120 days and later 90 days, are so long that it seems unlikely that we’d reach those limits. In any case, given the absolutely unnecessary pain that these shutdowns cause every time they happen, an incentive like this would likely be sufficient to spur Congress to act. At the very least, these measures would end the brinksmanship of the government shutdown game and would make the games that are played at the end of nearly every September, when Congress is generally acting at the last minute to get a budget passed for the new fiscal year.

Of course, while legislation such as this makes complete sense, there are plenty of reasons why it might not get passed. Chief among them, of course, is that there are various forces on Capitol Hill who likely continue to see government shutdowns, or the threat of such shutdowns, as a form of leverage in budget negotiations and in policy disagreements, which is what we saw in both the 2013 Obamacare shutdown and in the just-concluded Border Wall shutdown. Because of that, it’s unclear what the fate of these proposals to make shutdowns impossible might be. One possibility is that legislation of this type could end up being tied into the legislation that is eventually passed to fund the government through September 30th. Whether that comes to pass or not remains to be seen. Even if it doesn’t, though, this is an idea whose time has come.