NPR’s Claudia Grisales reports “Congress Is Poised To Take Back Some Of Its War Powers From The President.” Alas, the “some” is doing a lot of work in the headline.

The U.S. House on Thursday will move to repeal a nearly two-decade-old war powers measure, marking what many lawmakers hope will be the beginning of the end of wide-ranging authorities given to the president after the 9/11 terror attacks.

California Democratic Rep. Barbara Lee — who in 2001 and 2002 voted against two war power measures passed in the wake of 9/11 — will see one of her repeal bills take center stage. The plan would end the 2002 Authorization for Use of Military Force, or AUMF, that greenlighted then-President George W. Bush’s plans to invade Iraq.

It’s less clear whether it has the votes to pass the Senate but it has the support of Majority Leader Chuck Schumer and, with a Democrat in the White House for the next four years, it’s quite conceivable enough Republicans will go along to take the filibuster off the table.

As Grisales’ report notes, the 2001 AUMF, which has been broadly interpreted to allow strikes against terrorist networks, is still in effect and there seems to be less momentum for overturning it. But let’s say, for the sake of argument, that it, too, goes.

That still leaves the 1973 War Powers Resolution. While intended to curtail the Imperial Presidency that arose under Lyndon Johnson and Richard Nixon, it has had the opposite effect, as Presidents have interpreted it (in clear violation of its actual language) as carte blanche to take whatever military action they’ve deemed necessary for a period of 90 days. And President Obama even ignored the 90 day limitation in his Libya operation, simply proclaiming that the military actions being undertaken under his orders didn’t count.

The consequences for all this? Nada.

The fact of the matter is that the Constitution’s “invitation to struggle” over military affairs became unbalanced with the advent of a permanent, large standing military during the Cold War. The Congressional power to declare war is largely moot. And, more significantly, the incredible power behind the stipulation that only Congress can “raise an Army” and “maintain a Navy” is irrelevant when there’s a massive force-in-being. The President, as commander-in-chief, can simply issue orders without having to go to Congress to ask them for money to build up that force.

Congress should still claw back whatever power it can and it makes sense to repeal these two AUMFs. But, realistically, unless they’re going to punish Presidents for going around them in sending our forces into harm’s way, they’ve ceded most of their war powers. 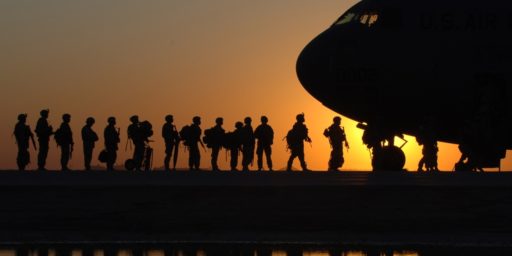 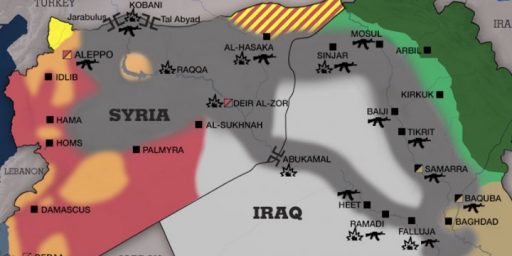