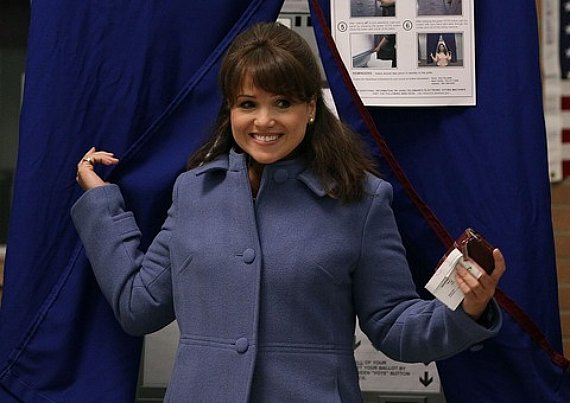 A tidbit from Delaware that may or may not mean anything:

Most polls have predicted that the closely watched Delaware Senate race between Democrat Chris Coons and Republican tea-party favorite Christine O’Donnell was going to be anything but close. One poll last week had Mr. Coons up by 10 points, while all the others gave him a far more comfortable margin.

But Democrats in Delaware remain skittish.

Like I said, this could mean very little, especially since it was likely just a reflection of morning turnout. Polls close in Delaware at 8pm EST, so that’s plenty of time for the after-work crowd to hit the polling places.

And let’s put it this way, if Christine O’Donnell does win then that’s a sign that the Democratic Party is going to have a very, very bad night.