Delaware's September 14th Republican Senate Primary is shaping up to be the next battle between the Establishment GOP and the Tea Party movement. 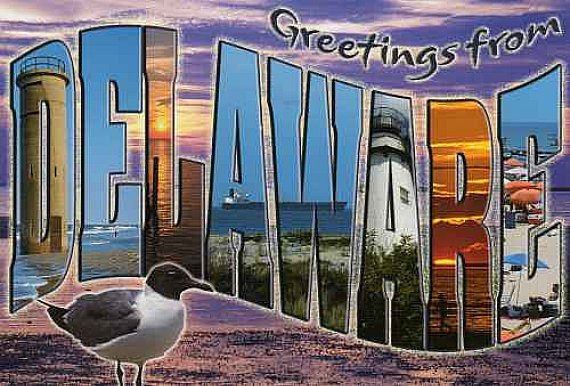 The Tea Party Express, which spent some $600,000 on Alaska Republican Joe Miller’s primary challenge to Sen. Lisa Murkowski (R), says it’s preparing to do the same on behalf of Christine O’Donnell (R) in Delaware.

O’Donnell is challenging Rep. Mike Castle (R-Del.) from the right in the state’s Sept. 14 Senate primary, but she has yet to capture the same kind of attention from conservative activists as other Tea Party-backed candidates have this cycle.

Tea Party Express spokesman Levi Russell said Monday that his organization is already cutting TV and radio ads in Delaware and expects to be on the air by the end of the week. Russell said he hopes to match the support the group offered in GOP primaries in Utah, Nevada and Alaska this year.

“All of our spending is dependent on the enthusiasm of the Tea Party Express members,” Russell said. “It’s up to that race and that candidate to capture their imagination.”

As to whether O’Donnell has done that to this point, Russell admits “not quite yet.” But he expressed confidence that the money will flood in over the coming days.

In an interview with The Hill, O’Donnell said the same sort of outside support that helped promote Miller in Alaska could put her over the top in her primary against Castle.

“We’re already ahead of where Joe was in the polls,” O’Donnell said. “If we could just get that extra push.”

The difference, of course, is that Delaware is not Alaska, and not just because of the radically different climates. While the state has elected Republicans like William Roth and Mike Castle himself, who has served in statewide office in Delaware or as the state’s sole Congressman continuously since 1981. Castle’s done that not because he’s a Tea Party conservative, but because he’s a moderate Republican who’s able to get re-elected in a state that has gone Democratic in every Presidential election since 1992.

And Christine O’Donnell ? Well, Stephen Bainbridge took a look at her issues page, and wasn’t impressed at all:

On top of reflecting about a 6th grade writing style, it is one of the most intellectually dishonest document’s I’ve read in ages. Examples:

I’ve been a Burke/Kirk/Buckley/Neuhaus conservative for ages. And one thing conservatives don’t do is to let the perfect become the enemy of the good. We leave that for fundamentalist extremists

The most important question, though, is what the polls say:

A new Rasmussen Reports telephone survey of Likely Voters in the state finds Castle picking up 49% of the vote, while Democrat Chris Coons gets 37% support.  Five percent (5%) prefer some other candidate, and nine percent (9%) are undecided.

Conservative activist Christine O’Donnell, who is challenging Castle for the GOP Senate nomination in a September 14 primary, now runs 10 points behind Coons. The Democrat gets 46% of the vote to O’Donnell’s 36%.  Ten percent (10%) favor another candidate, and eight percent (8%) are undecided.  Last month, O’Donnell was running virtually even with Coons, 41% to 39%.