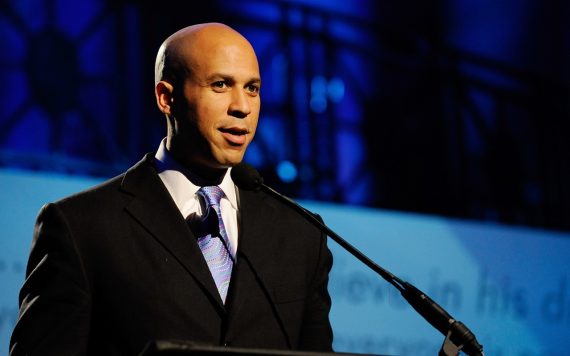 With one week to go before the primary in the New Jersey Senate race, Cory Booker looks to be headed to an easy win for the nomination, and a look ahead at October suggests he won’t have much to worry about there either:

Conservative activist Steve Lonegan held an even bigger lead in the poll of likely Republican primary voters, and he appears headed for a showdown with Booker.

The Democrat starts out with a big edge in this Democratic-leaning state. In the poll’s general election matchup, Booker led Lonegan 54 percent to 29 percent.

“Unless the sky falls, Newark Mayor Cory Booker can start looking for a Washington apartment,” Quinnipiac Polling Director Maurice Carroll said in a release. “He dominates both the Democratic primary and a general election against Steve Lonegan.”

There’s always an element on unpredictability in Special Election polling, especially for an election that will be held in the middle of August, given that its often difficult to determine who will turn out to vote. However, the polling models would  have to be way off in this particular case. So, barring a political earthquake of some kind you can start calling him Senator Booker. 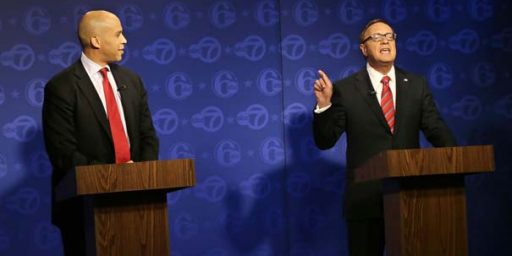