As long as we're tacking on unrelated measures in order to secure a deal to end the government shutdown-debt ceiling standoff, why not some related measures? 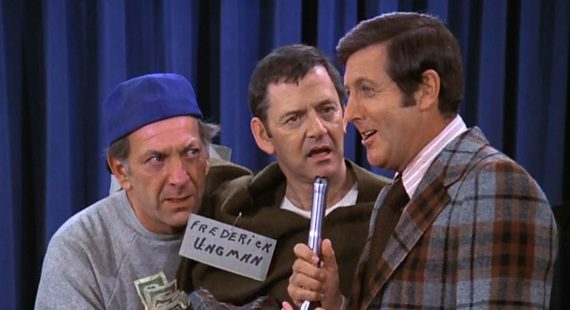 As long as we’re tacking on unrelated measures in order to secure a deal to end the government shutdown-debt ceiling standoff, why not some related measures? In an ideal world, I’d like to see a resolution to the crisis that achieved three major outcomes:

Repeal the Antideficiency Act of 1870 or at least overturn the 1980 interpretation of the law that requires a government shutdown if no budget is passed. It’s simply absurd to suspend federal government services and put the lives of hundreds of thousands of people into turmoil over a short-term political standoff. It’s stupidly expensive and wasteful and was not in fact our practice until late in the Carter Administration. Further, given that we have historically awarded affected employees back pay after the fact, it’s a poke in the eye of the taxpayer.

Repeal the Debt Ceiling.  No other country requires that it give itself permission to borrow money that it has already committed to pay. It’s especially bizarre in that the same legislative body that passed the budget—or, in recent years, failed to pass a budget but passed a continuing resolution—comes back a few weeks later and creates a crisis over the borrowing that is inherently necessary to pay for said budget.

Repeal annual budgeting in favor of a two-year cycle. Even in a world where the parties weren’t wildly polarized and compromise were more easily attainable, it has long since stopped making sense to figure out how to allocate nearly 4 trillion on an annual basis. Not only is it too complicated at this point to do meaningful realignments every year but it would make much more sense to give agencies discretion to spend their allotted funds over two years.

Getting these major reforms in the present context is nearly unthinkable. Maybe President Obama and the Democrats could make some major concession on Obamacare, such as repealing or postponing the unpopular individual mandate, while the Republicans could back away from the sequester, which was proposed by Obama and company as a poison pill but ultimately embraced by the Tea Party as the only viable means of achieving major budget cuts?