It appears that the long-forecast burst of the housing bubble may be upon us, as several companies who made risky home mortgage loans are in trouble.

Hanging in the balance is the nation’s housing market, which has been a big driver of the economy. Fewer lenders means many potential homebuyers will find it more difficult to get credit, while hundreds of thousands of homes will go up for sale as borrowers default, further swamping a stalled market.

“The regulators are trying to figure out how to work around it, but the Hill is going to be in for one big surprise,” said Josh Rosner, a managing director at Graham-Fisher & Company, an independent investment research firm in New York, and an expert on mortgage securities. “This is far more dramatic than what led to Sarbanes-Oxley,” he added, referring to the legislation that followed the WorldCom and Enron scandals, “both in conflicts and in terms of absolute economic impact.”

While real estate prices were rising, the market for home loans operated like a well-oiled machine, providing ready money to borrowers and high returns to investors like pension funds, insurance companies, hedge funds and other institutions. Now this enormous and important machine is sputtering, and the effects are reverberating throughout Main Street, Wall Street and Washington.

Already, more than two dozen mortgage lenders have failed or closed their doors, and shares of big companies in the mortgage industry have declined significantly. Delinquencies on loans made to less creditworthy borrowers — known as subprime mortgages — recently reached 12.6 percent. Some banks have reported rising problems among borrowers that were deemed more creditworthy as well.

Traders and investors who watch this world say the major participants — Wall Street firms, credit rating agencies, lenders and investors — are holding their collective breath and hoping that the spring season for home sales will reinstate what had been a go-go market for mortgage securities. Many Wall Street firms saw their own stock prices decline over their exposure to the turmoil.

Mark Kleiman notes that the market seems to be self-correcting on this one:

Lurking in the background is another positive-feedback possibility: defaults lead to distress sales, distress sales force down prices, falling prices lead to even more defaults. Lurking behind that is the BIG positive-feedback threat: falling home prices plus a tighter market for refinancing puts a crimp in consumer spending while also depressing homebuilding, leading to an economic slowdown which further increases default rates and depresses home prices.

That’s the price of making risky investment decisions. Sometimes you get the bear; sometimes the bear gets you. The last thing we need is a huge government bailout such as we had with the the savings in loan industry in the late 1980s. People who made dumb decisions should be forced to live with the consequences, not the taxpayer.

Meanwhile, David Bernstein notes that he warned of this in June 2005. 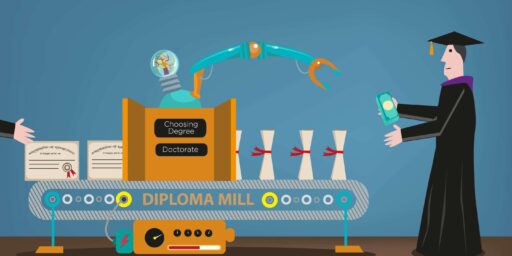