After weeks of polls predicting a political stalemate or worse, British voters delivered a strong win for David Cameron and the Tories. 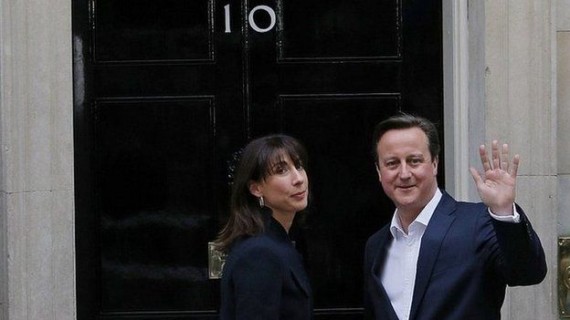 Heading into yesterday’s General Election in the United Kingdom, the consensus from political observers and analysts on both sides of the Atlantic was that we were likely headed for either a political stalemate in the form of a Hung Parliament in which neither party was able to sustain a majority, or a situation where the Labour Party would be able to form a government by making concessions to the Scottish National Party that could lead to a serious constitutional crisis for the United Kingdom. Heading down to the wire, polling from British sources and from Americans who have spent time paying attention to British politics suggested that we would end up with a situation where both David Cameron’s Conservative Party and Ed Milliband’s Labour Party would end the night with insufficient support to form a majority on their own. When the polls closed, though, the initial Exit Polls suggested that the Tories were headed for a surprisingly strong showing that would still require cooperation from other parties. As the votes came in, though, it became clear that the Tories were headed for a victory even more impressive than the one they scored in 2010:

LONDON — Prime Minister David Cameron and his Conservative Party won a surprisingly solid victory in the British general election on Thursday, with projections and partial results Friday morning showing that the party will at a minimum come close to winning an overall majority in Parliament.

Even if the Conservatives fall short of a majority, Mr. Cameron now appears all but certain to remain prime minister, with the choice of working with at least two smaller parties or trying to run a minority government.

The vote was a significant disappointment for the Labour Party and its leader, Ed Miliband, who saw his hopes of ejecting Mr. Cameron from Downing Street dissipate overnight.

Labour was nearly wiped out in Scotland by thesurging Scottish National Party and did poorer than pre-election polls had suggested it would in the rest of Britain.

“Now the results are still coming in, but this has clearly been a very disappointing and difficult night for the Labour Party,” Mr. Miliband said in a quasi concession speech after being re-elected to his seat in the House of Commons.

We haven’t made the gains that we wanted in England and Wales,” he said, “and in Scotland we have seen a surge of nationalism overwhelm our party.”

The results were also a disaster for Nick Clegg and his centrist Liberal Democrats, who have been the junior partner in a coalition with the Conservatives. The results raised questions about whether Mr. Miliband and Mr. Clegg might have to resign as leaders of their parties.

“It is now painfully clear that this has been a cruel and punishing night for the Liberal Democrats,” said Mr. Clegg, who served as deputy prime minister and who held his Sheffield Hallam seat with a reduced majority.

The latest projections by the BBC, based on incomplete results and a national exit poll, put the Conservatives at 329 seats, three more than an absolute majority in the 650-member House of Commons. Should the Conservatives win 329 seats when all the votes are tallied later on Friday, it would be a gain of 22 seats from the last election, in 2010.

Speaking in his electoral district after his re-election, Mr. Cameron said it was “clearly a very strong night for the Conservative Party,” though he added that it was too soon to say exactly what sort of result there will be when all the results are declared.

The projections put the Labour total at 233 seats, a decline of 25 seats from the 2010 results. In another humiliating blow for Labour, Ed Balls, who speaks for the party on economic issues and is one of its most influential figures, lost his seat of Morley and Outwood to the Conservatives.

“Any personal disappointment I have at this result is as nothing as compared to the sense of sorrow I have at the result that Labour has achieved across the United Kingdom,” Mr. Balls said after the result was announced.

The Scottish National Party won 56 of 59 seats in Scotland, rolling over Labour. In 2010, the Scottish nationalists won only six seats.

The success for the Scottish party, which favors independence for Scotland, was met Thursday night on Glasgow’s streets with the intermittent cheering and jeering reminiscent of soccer fans celebrating their favorite club.

Many in Glasgow seemed to think that another independence referendum appeared inevitable, despite the defeat of the pro-independence camp in a referendum last year.

For Mr. Cameron, the results appeared to be a vindication after a campaign in which opinion polls consistently showed Labour running even with the Conservatives. But even if the final results give him the ability to govern without a coalition partner, he will face immense challenges, not least in holding off calls from Scotland for independence and in managing pressure from within his own party for Britain to leave the European Union.

Mr. Cameron has promised to try to renegotiate terms of Britain’s membership in the 28-nation European Union and to hold a referendum by the end of 2017 on whether Britain should remain in the bloc.

The results are also likely to fuel calls for a change to Britain’s electoral system to better represent national voting patterns.

The extent of what happened yesterday in the United Kingdom really cannot be understated, and it can be explained most easily by looking at the winners and the losers. On the winning side, the Tories look to increase the majority they won in the 2010 elections by at least twenty seats, which, if it holds up, means that they do not need to worry about renewing the coalition agreement that they entered into with the Liberal Democrats in the wake of the 2010 elections. At the most, Conservatives could secure their majority on their own along with the added support of smaller parties from Wales and Northern Ireland that are generally more inclined to support Tory policies in any case, Given the fact that all of the polling leading up to the election suggested that Cameron’s Party would fall far short of a majority, and well below the level they were at five years ago, this can only be characterized as a clear victory for the Conservatives.

The other winning party from yesterday’s election, of course, is the Scottish National Party. In the initial Exit Poll, it was estimated that the SNP would win 58 of the 59 seats being contested in Scotland yesterday, which was fairly close to some of the polls that we had seen last week. In the end, Nicola Sturgeon and her party fell short of that mark, but only by a far small margin. Of the 9 seats that the Scottish National Party contested, they won 56 of them This included victories over several prominent Labour Party politicians, along with the decimation of much of the Liberal Democratic Party’s positions in Scotland, On the Labour side, last night’s results saw losses by several prominent party leaders, as well as the loss of the seat that had once been held by former British Prime Minister Gordon Brown. On the Liberal Democratic side, the losses in Scotland included more than one of the L-D members of David Cameron’s Cabinet. In the end, while the SNP fell short of the sweep of Scotland’s constituencies that many had predicted, it became the predominant political power in the region, and knife in the back of Labour’s hopes to have any chance of  taking control of the House of Commons.

On the losing side, the biggest loser, of course, is the Labour Party. After give years in the opposition, Ed Milliband and his compatriots has placed much hope on the idea of being able to take back Downing Street in 2015. When the pre-election polling made it clear that it was unlikely that Labour to do it on its own, speculation immediately turned to the possibility that the party would seek support from the SNP to form a government. In many respects, it was the threat of this possibility that seems to have had a profound impact on the course of the election. The Conservatives, for example, cited the threat of a Labour-SNP alliance and the threat that would pose both to  the U.K. economy and the future of the union in many of the closing arguments made during the course of the past several weeks. In response, both Milliband and Sturgeon seemed to equivocate on the entire idea of a Labour-SNP deal and what the terms of that deal might be. While the polls didn’t seem to reflect it, it seems at least possible that voters reacted to this rhetoric by backing the party that has expressed the most loyalty for a United Kingdom. This was felt more directly in the loss of several members of Labour’s shadow cabinet in elections in Scotland, and in the loss of Ed Balls in a narrow election in his own constituency.

In addition to Labour, the other big loser from the British General Elections is the Liberal Democrats. After a performance in 2010 that gave them a voice in the government and more power than the party or its predecessors had had in more than a generation, the Liberal Democrats have gone from a party that held more than 40 seats in the House of Commons over the past five years to one that will be lucky to hold ten seats when the final votes are counted in this election. These losses came at the hands of members of the Scottish National Party, Labour, and the Conservative Party, so it’s difficult to say that it was due to any one cause, but perhaos the biggest reason seems to be that it was unclear what, if anything, the Liberal Democrats actually stood for.

In any case, with these losses both Labour’s Ed Milliband and Liberal Democratic leader Nick Clegg are clearly in danger of losing power in the coming days. In the meantime, the future course of British politics will be very interesting to watch, especially given the fact that the SNP’s new found popularity at home will be matched by almost no power in Parliament. How David Cameron handles that, and the issues likely to arise from it, will shape the United Kingdom for decades to come.