DC Politics and the Myth of Scheming

The Chinese are hacking Washington institutions to unearth the secret plan under which the town operates. 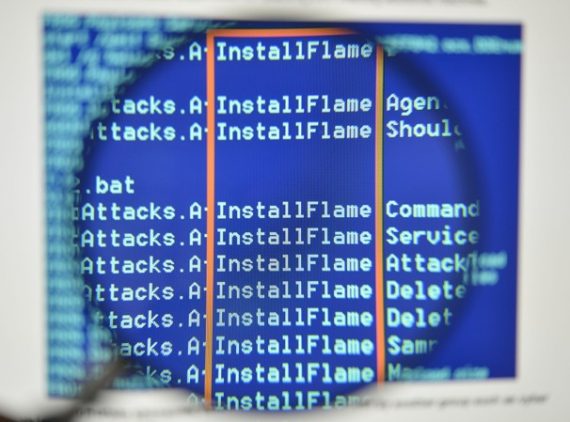 Ezra Klein points to a WaPo report on the ubiquity of Chinese hacking of Washington institutions. In particular, he draws attention to this:

[J]ournalists, lawyers and human rights workers often have access to political actors whose communications could offer insight to Chinese intelligence services eager to understand how Washington works. Hackers often are searching for the unseen forces that might explain how the administration approaches an issue, experts say, with many Chinese officials presuming that reports by think tanks or news organizations are secretly the work of government officials — much as they would be in Beijing.

“They’re trying to make connections between prominent people who work at think tanks, prominent donors that they’ve heard of and how the government makes decisions,” said Dan Blumenthal, director of Asian studies at the American Enterprise Institute, which also has been hacked. “It’s a sophisticated intelligence-gathering effort at trying to make human-network linkages of people in power, whether they be in Congress or the executive branch.”

Klein finds this quite amusing:

What the Chinese hackers are looking for is the great myth of Washington, what I call the myth of scheming. You see it all over. If you’ve been watching the series “House of Cards” on Netflix, it’s all about the myth of scheming. Things happen because the Rep. Frank Underwood has planned for them to happen. And when they don’t happen, it’s because someone has counterplanned against him.

This is the most pervasive of of all Washington legends: that politicians in Washington are ceaselessly, ruthlessly, effectively scheming. That everything that happens fits into somebody’s plan. It doesn’t. Maybe it started out with a scheme, but soon enough everyone is, at best, reacting, and at worst, failing to react, and always, always they’re doing it with less information than they need.

That’s been a key lesson I’ve learned working as a reporter and political observer in Washington: No one can carry out complicated plans. All parties and groups are fractious and bumbling. But everyone always thinks everyone else is efficiently and ruthlessly implementing long-term schemes.

Democrats fear Grover Norquist’s Monday meetings, the message discipline across Fox News and talk radio, and Focus on the Family. Republicans believe the press corps is out to get them and Hollywood has dedicated itself to providing crucial air support. People are very good at recognizing disarray and incompetence on their side of the aisle, but they tend to think the other side is intimidatingly capable and unified and unburdened by scruples or normal human vulnerabilities.

But they’re not. This city may be rife with plans, but no plan survives first contact with Congress. Nothing will disabuse you of the myth of scheming faster than listening to key congressional staffers speculate on the future of a bill. Communication between various political actors — a crucial ingredient in any serious plan — is surprisingly informal and inadequate. Members of Congress and their staffs don’t really have access to secret, efficient networks of information. Instead, they read Roll Call and the Hill and The Washington Post and keep their televisions tuned to cable news, turning up the volume when a colleague involved in a bill they’re interested in appears on the screen. Then everyone sits around and parses what they just heard with all the intensity of a 13-year-old boy analyzing a hallway conversation with a crush.

I’m reminded of the old quote, attributed to various Soviet generals, “One of the serious problems in planning the fight against American doctrine, is that the Americans do not read their manuals, nor do they feel any obligation to follow their doctrine.” The American military, at least, has a chain of command and professional education system designed to inculcate and enforce adherence to a central plan. The American political system is quite literally designed so that nobody is in charge.