Five deer hunters died and three were injured on Sunday in an apparent shootout over who could occupy a hunting platform in a northwestern Wisconsin forest. The exact circumstances of the deadly incident that occurred during the annual hunts opening weekend in southwestern Sawyer County remained unclear Monday morning. Police said a single male suspect was arrested Sunday afternoon. Two hunters were returning to their rural cabin on private land, when they reportedly saw the suspect in one of their tree stands, County Chief Deputy Tim Zeigle said. A confrontation and shooting followed.

Among the dead were four males Ã¢€” including a teenage boy Ã¢€” and a woman, Zeigle said. Some of the victims were reportedly shot more than once. Authorities found two bodies near each other and three others scattered around the area, which is near the town of Meteor. Two people who hid in a cabin emerged safely after the shootings.

The suspect was arrested as he walked out of the woods. He was out of bullets at the time, Zeigle said.

One of the injured hunters was in critical condition at a local hospital. Another was listed in serious condition and the third was in fair condition. 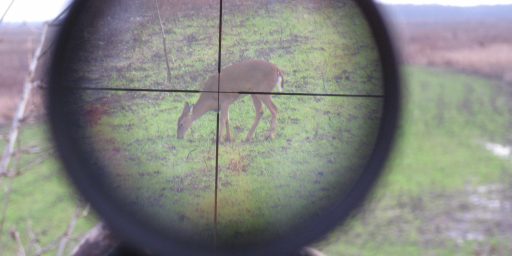 America’s OTHER Largest Army in the World