Nobody can really say whether the stimulus worked -- or even define "worked" -- but that doesn't stop them from issuing pronouncements. 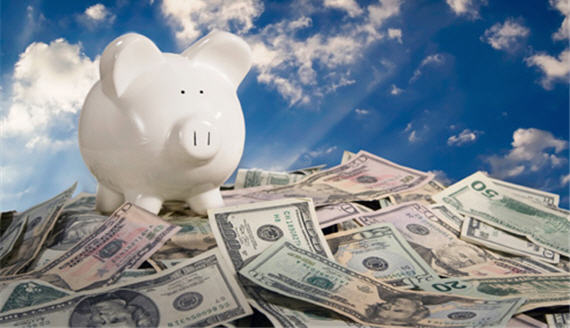 I think the most accurate answers are either, “Maybe,” or “We don’t know.” Of course, politically those answers will not work at all. So the Council of Economic Advisors has tried to answer the question and over all it isn’t that impressive. And to be fair, the question they are trying to answer is a very difficult one. The best way to answer the question is to do two experiments, one with the factor you are interested in testing, the other without. This would allow the researcher to test for the effects of the factor of interest, in this case fiscal stimulus. The problem is that for fiscal stimulus we can’t do this kind of experiment. We can’t first have and economy in early 2009 through June of 2010 with the stimulus, then go back and do it all over again without the stimulus. So, any attempt to answer the question is going to very difficult.

The first stab at answering the question is to look at some graphs of real GDP and payroll employment. While the decline in GDP is indeed somewhat large after the stimulus, I’d argue that this is weak evidence at best in favor of the stimulus being the driver. As Greg Mankiw notes there are other factors at play as well such monetary policy and TARP. Further, it is unreasonable to believe that the economy would keep shrinking forever as well. So, at the very least there is the question of how efficacious was each of these other factors in leading to an improvement in GDP and payroll employment?

The next part of their evidence is the results from an economic model. The problem here is that this isn’t very strong evidence either. If you build a model where stimulus is designed to have a positive impact on economic output, then it isn’t hardly surprising when that model shows a positive impact of economic output. That similar models agree is also not very good evidence in that we’d expect similar models to agree.

Lastly they use a vector autoregressive model (VAR) to come up with a purely statistical measure. They do this to try and capture the impact of other effects in the economy such as monetary policy. The difference between what this forecast provides in terms of GDP and payroll employment and what actually occurred is attributed to the stimulus. Again, the assumption is basically because the statistical forecast that doesn’t incorporate the stimulus is lower than what actually occurred the difference has to be due to the stimulus. It is assuming what you are trying to demonstrate really. Did the economy improve due to stimulus or was there other factors involved?

Combine all this with the reports that shovel ready wasn’t quite so ready and it paints a picture that isn’t that compelling in regards to stimulus spending. Especially now that the recovery appears to be losing momentum, if we were to use the VAR method above we’d ascribe all of that fizzling to the stimulus, wouldn’t we? And lets also consider this, Personal Consumption Expenditures (PCE) make up a significant percentage of GDP, between 70-71% of GDP. In the first quarter PCE increased in January, February and March by 0.2%, 0.5% and 0.6% respectively. For the second quarter so far April and May PCE numbers are 0.0% and 0.3% so it is not unlikely that second quarter GDP will come in below first quarter GDP growth of 2.7%. The bottom line is that measuring the impact of something like the stimulus spending is very hard to do, and the most honest answer to the question, “Did it help?” is “Maybe.”