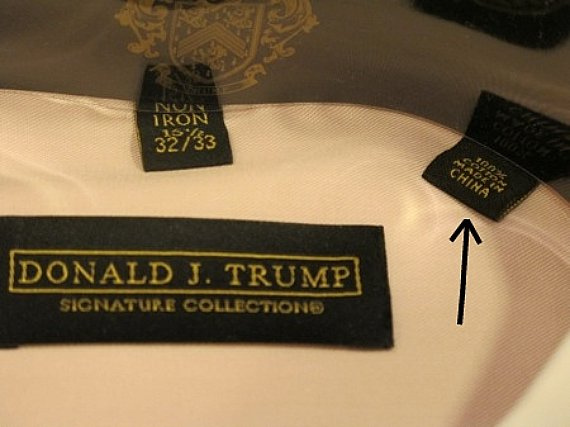 In addition to the birther nonsense, Donald Trump has also made a name for himself by attacking China and saying he would impose a 25% tariff on all goods made there and imported into the United States. Well, Trump may not be aware that this would include his own Donald Trump Signature Collection of menswear:

Donald Trump has emerged in recent years as the nation’s foremost China basher, going after the Asian superpower for undervaluing its currency and for taking American manufacturing and jobs. So it’s at least ironic — and at most an example of gross hypocrisy — that Trump’s own line of men’s wear, the Donald J. Trump Signature Collection, is manufactured in China.

I discovered this after walking from Salon’s offices to the large Macy’s in midtown Manhattan, where an entire section is devoted to the Donald J. Trump Signature Collection of suits and ties. This particular corner of the store is decorated with an oversize portrait of Trump; the line promises to provide “the pinnacle of style and sophistication” and “the necessities to be boardroom ready all of the time.”

And the author found, as you can see in the picture above, that the clothing is “Made In China.” 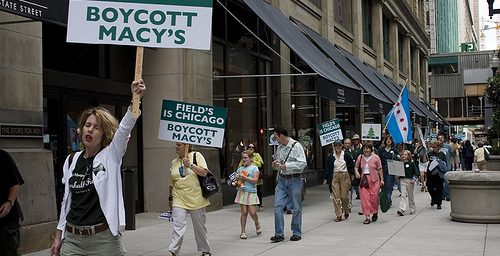