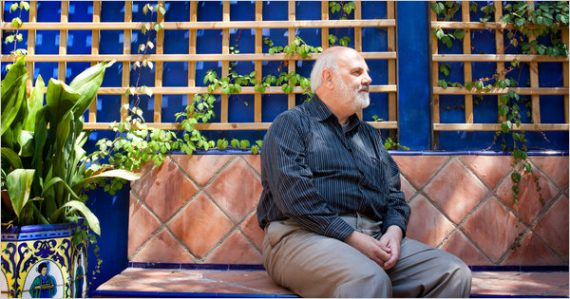 For years, almost nobody paid attention to the sky-is-falling alarms of Edward Hugh, a gregarious British blogger and self-taught economist who repeatedly predicted that the euro  zone could not survive.

Living a largely hand-to-mouth existence here on his part-time teacher’s salary, he sent one post after another into the Internet wilderness. It was the height of policy folly, he warned, to think that aging, penny-pinching Germans could successfully coexist under one currency umbrella with the more youthful, credit-card-wielding Irish, Greeks and Spaniards who shared the euro with them.

But now that the European sovereign debt crisis is rattling world markets, driving the euro lower almost every day and raising doubts about the future of the monetary union, his voluminous musings have become a must-read for an influential and growing global audience, including policy makers in the White House.

He has even been courted by the International Monetary Fund, which recently asked him to fly to Madrid to assist in its analysis of the Spanish economy.

But as questions rise over how European governments can escape their debt trap and resume growth, Mr. Hugh, who has been pondering this topic for years, is for the first time being turned to for insights and wisdom.

His bleak message, in newspaper columns, local television and radio appearances, and in meetings with officials, is almost always the same: since Spain and other struggling countries of the euro zone like Greece, Portugal, Ireland and Italy cannot devalue their common currency unilaterally, they have little choice but to endure what would essentially be a 20 percent internal devaluation instead. That means their public and private sector wages need to fall by roughly that amount if those countries are ever to restore competitiveness, lift exports and bring in the cash needed to pay down their debts.

“Why haven’t these countries converged” with the rest of Europe? he asks. “It’s demographics. As populations age, there are fewer people in their 20s to 40s to buy new houses, so they save more. The younger a country is, the more dependent it is on credit to get growth.”

The piece is both a testament to the potential of the blogosphere — people without prominent institutional platforms can get their arguments aired in a way previously unimaginable — and to the value of being widely read rather than narrowly specialized.   That’s not, alas, the route to fortune — or even necessarily a job — as an academic these days but it does sometimes lead to useful insights.