"The debt crisis is burrowing ever deeper, like a worm, and is now reaching Germany." 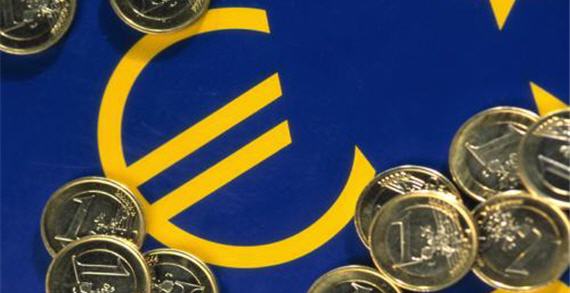 “The debt crisis is burrowing ever deeper, like a worm, and is now reaching Germany,” says Free Democrat Party backbencher Frank Schaeffler, a member of Angela Merkel’s governing coalition. Indeed, the country that all are looking to to save the Eurozone from collapse is now in big trouble.

Germany fell short in its attempt to sell off sovereign debt and the yield on German 10-year bonds fell to an all-time low and is now below the yield of similar bonds from the UK. Reuters quotes Marc Ostwald, strategist at Monument Securities in London, as saying the bond sale was “a complete and utter disaster” and that report it “sparked fears that Europe’s debt crisis was starting to threaten even Berlin, with the leaders of the euro zone’s two biggest economies still at odds over a longer-term structural solution.”

Meanwhile, WSJ‘s Eyk Henning reports that “Germany’s banking associations sent a joint letter to the EBA on Wednesday, asking for permission to hand in recapitalization plans on Jan. 13 instead of by Dec. 25.”

The Economist’s Ryan Avent notes that bad news is “coming fast and thick now” with new shocks coming before the last is digested. He notes that “trouble is growing around the eastern periphery of the euro zone. Poland’s zloty is under pressure, and there are signs of bank runs in the Baltics.” He continues, “Perhaps worst of all, the financial strain in the euro zone is increasingly apparent in the real economy. New data indicate that euro-zone industrial orders plummeted in September, falling by 6.4%. Orders dropped by 4.4% in Germany, 6.2% in France and 9.2% in Italy. Predictions that the euro zone will face little more than a shallow recession in 2012 increasingly seem to be wildly optimistic.”

BBC economics editor Stephanie Flanders declares that, “Two very worrying things have happened in the eurozone in the past two weeks. The first is that financial markets have started to take seriously the idea that the single currency will break up. The second is that the politicians with the most to lose from that happening have dug in their heels.” She adds, “In my conversations with analysts, traders and officials, I’m finding more and more of them are talking about the end game for the euro. Not the end, necessarily, but a moment of truth very soon that will either force a big leap forward, or a wrenching break-up.”

Indeed, Reuters surveyed “twenty prominent economists” and a majority “predicted that the euro zone was unlikely to survive the crisis in its current form, with some envisaging a ‘core’ group that would exclude Greece.”

A meeting today in Strasbourg between the leaders of Germany, France, and Italy aimed at “showing support for Mario Monti and his policy of reforms” will instead become yet another crisis summit. Once again, Sarkozy will make a push for the European Central Bank to print money and to institute a common bond across the Eurozone. Once again, Merkel will surely demur despite contagion seeming to have spread even to Germany.

Flanders points to the dilemma that the Germans have been struggling with since the outset of the crisis: “Germany would suffer enormously if the euro broke up, but Germany would also pay a price if the eurozone were kept together only under duress, after months of deepening market turmoil and, probably, further bailouts. An economic solution to the crisis that helps the periphery grow will require higher inflation in the core, ie Germany. A solution that doesn’t help those countries grow will hammer German exports and require continued fiscal transfers from the center.”

Avent hopes that, “the stunning German bond-market failure may shock leaders their into recognising their own great vulnerability and pushing for bold initiatives to slow the crisis.” But that seems unlikely.

Moreover, it’s quite possibly too late. The Atlantic’s Megan McArdle observes that, “A year ago, Germany and France could probably have saved the euro–at least for a time–by stepping in to guarantee all the debts of the peripheral euro zone nations.” But, of course, that wasn’t politically viable with the crisis so far from home. “At this point, however, with the panic in full flight, it’s not entirely clear to me that even a 100% guarantee would staunch the bleeding for more than a short time. ” She adds, “Effectively, Germany and France and a handful of other tiny countries have to guarantee both the sovereign debt and the bank liabilities of the whole eurozone.  Given the holes that recent events have exposed in these systems, can they credibly do that?  Even if the Greeks and Italians don’t use that guarantee as a blank check to avoid reform?”

Avent acknowledges that  ”matters rapidly seem to be spinning out of the control of fiscally limited governments. It will take the power of the printing press to stop the panic. But the ECB seems if anything more reluctant to save the situation than the German government.” 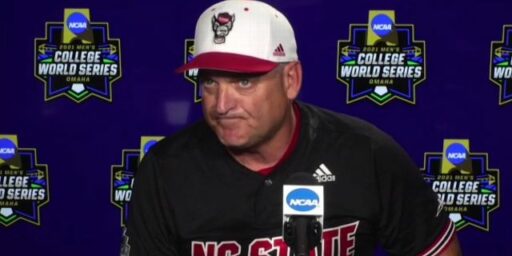